Experts: Bill Barr is violating DOJ norms with political actions so close to the election 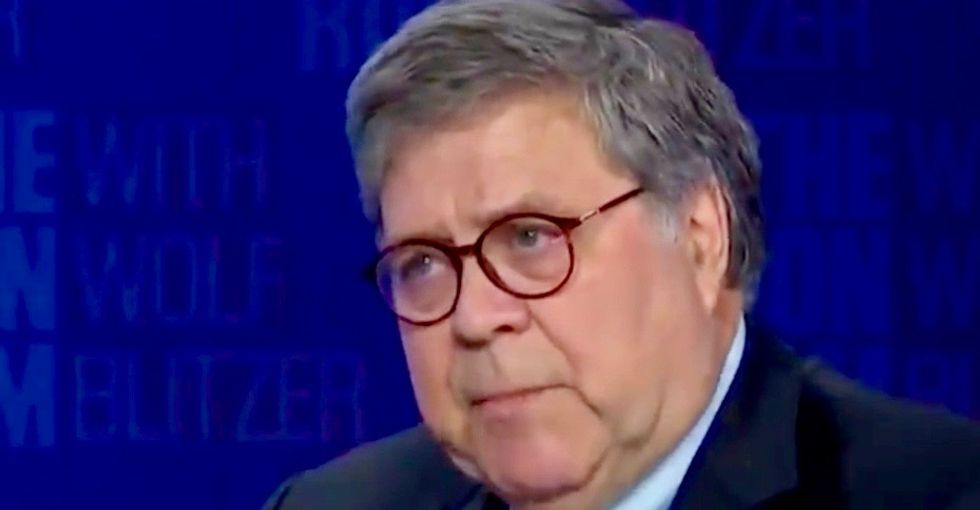 The Department of Justice has declassified or disclosed sensitive materials related to the prosecution of Michael Flynn, a Senate investigation into the Russia probe and the investigation of discarded absentee ballots in Pennsylvania -- which set off alarms among legal experts, reported Politico.

“These actions are not typical,” said William Jeffress, who served as former President Richard Nixon's defense attorney after he left the White House. “Tradition is that politically sensitive actions by DOJ go dark at least 60 days before an election.”

Jeffress was particularly concerned about the Justice Department's revelations about a handful of discarded military ballots in Luzerne County, a crucial area Trump won in 2016 and likely needs again this year.

“The attorney general is working hand in glove with the White House and the Trump reelection campaign,” said Gene Rossi, a former federal prosecutor from Virginia. “We have not seen that level of unseemly coordination since Attorney General John Mitchell.”

All of those unusual revelations help further Trump narratives about the Russia probe and election integrity, and legal veterans are concerned.

“This is not something that the attorney general should even be telling Trump or they should be announcing in any fashion,” said Nick Akerman, a prosecutor during the Watergate-era investigation of Nixon.

Justice Department officials reject any suggestion of impropriety in the ballot investigation, and a DOJ official told Politico that Barr was aware local media had picked up on the story and mentioned it to Trump.