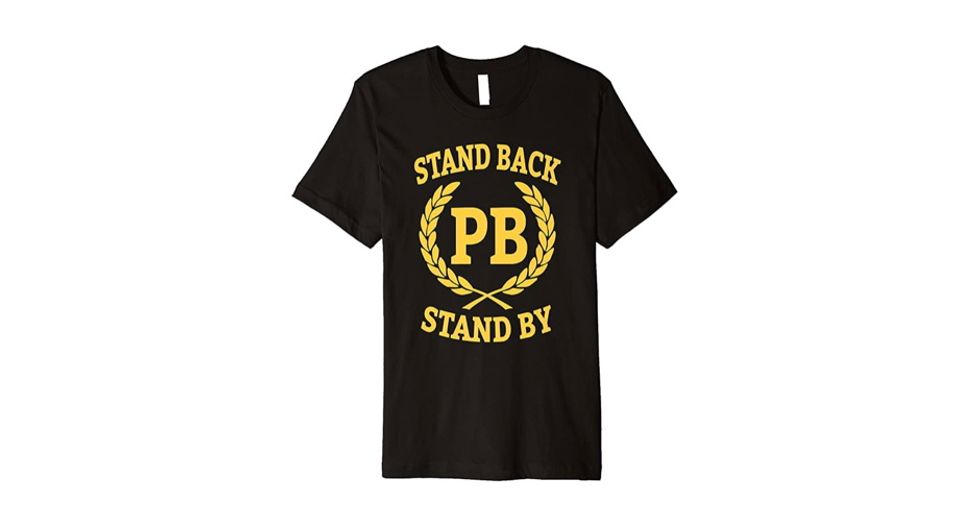 Trump gave the group a direct order: “Proud Boys, stand back and stand by,” and they are thrilled – and taking him at his word.

Experts say Trump's remarks effectively made him their leader, an "honor" the Proud Boys are only too happy to have.

Immediately the group took Trump's words and incorporated them into their logo.

Now that logo, the logo of a dangerous hate group – including Trump's directive – is appearing on merchandise at Amazon.

His former counterterrorism chief at DHS condemned him for refusing to denounce white supremacism last night.