'Fake news': Trump attacks reporter after claiming he pays 'a lot of taxes' in wake of NYT bombshell report 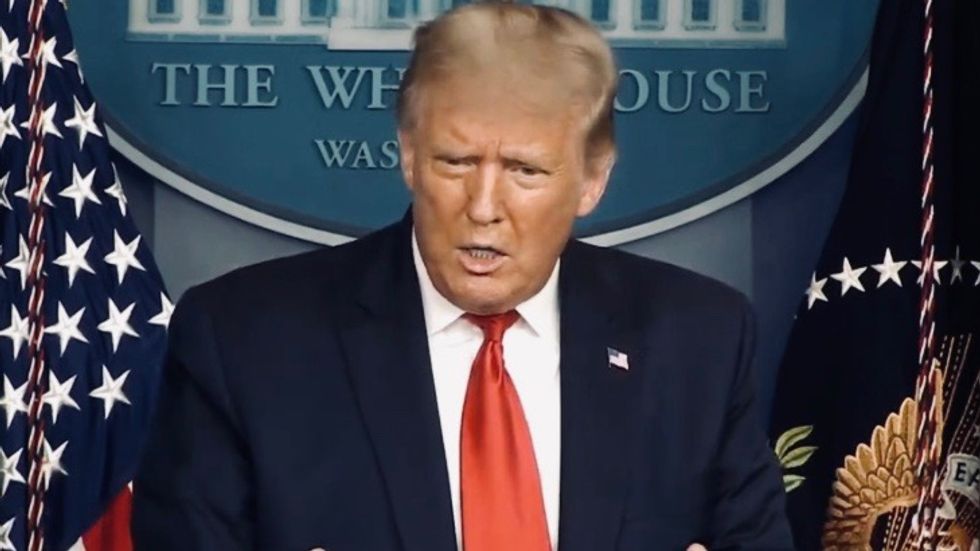 Reporters asked President Donald Trump about the recent revelation that the self-described billionaire only paid taxes about a third of the time in the last two decades.

Trump said he didn't know that the report was coming, but that he would absolutely reveal his taxes after he's finished being audited, which apparently he been under audit for the past five years. His taxes from 20 years ago, however, shouldn't still be under audit but he still refuses to release those or any other taxes.

"It is totally fake," said Trump. "You could've asked me the same question to four years ago. I had to litigate this and talk about it. Totally fakeness. Actually, I pay tax. It is under audit. They have been under audit for a long time. The IRS does not treat me well. And they treat me like the tea party. They treat me very badly. You have people in the IRS -- They treat me very badly, but they are under audit. I would be proud to show. That is fakeness. The New York Times want to create a little bit of a story. They are doing anything they can. That is the least of it. The stories that I read are so fake, so phony."

He went on to rant about the press saying that they only report negative things about him and that they predicted he would lose 4 years ago so nothing they report can possibly be legitimate after that.

A reporter attempted to interrupt him to ask further questions about his taxes as he began to meander on about Fox News personalities deserving the Pulitzer Prize. He snapped at her and called her "very rude."