Former model claims Trump assaulted her in 1997: 'He just shoved his tongue down my throat' 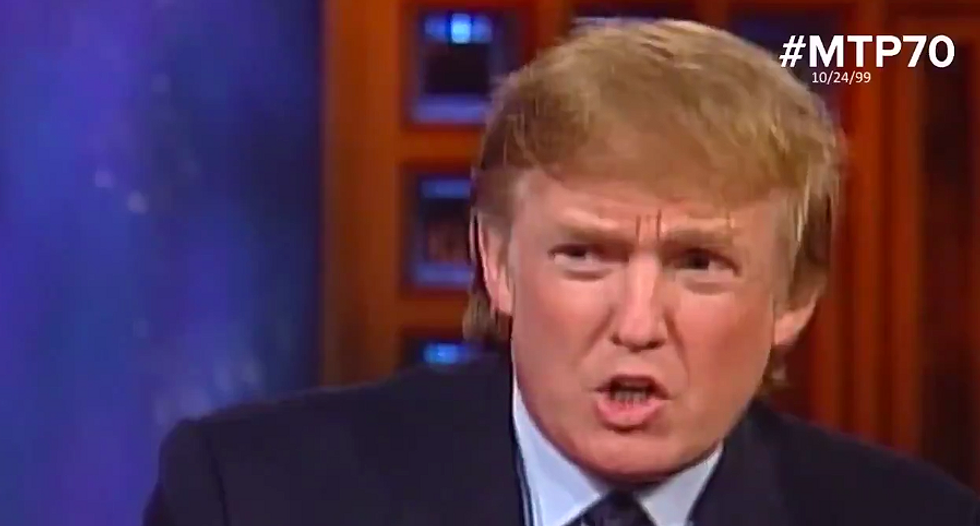 Amy Dorris, who was 24 at the time, says Trump accosted her Sept. 5, 1997, outside the bathroom in his VIP box at the tournament in New York, and provided her with a ticket to the event and six photos of herself with the celebrity real estate developer, reported The Guardian.

“He just shoved his tongue down my throat and I was pushing him off, and then that’s when his grip became tighter and his hands were very gropey and all over my butt, my breasts, my back, everything," Dorris told the newspaper.

“I was in his grip, and I couldn’t get out of it,” she added. “I don’t know what you call that when you’re sticking your tongue just down someone’s throat, but I pushed it out with my teeth. I was pushing it, and I think I might have hurt his tongue.”

Trump's attorneys denied the allegations, about which Dorris immediately told her mother and a friend who say the details match what she told The Guardian.

Dorris spent several days with Trump in September 1997 with her then-boyfriend Jason Binn, the founder of several luxury fashion and lifestyle magazines who was friends with the future president, and she complained that Trump wouldn't leave her alone.

“He came on very strong right away,” Dorris said. “It seemed typical of a certain guy, people who just feel like they’re entitled to do what they want … even though I was there with my boyfriend.”

She went with Binn and Trump to a memorial service for fashion designer Gianni Versace two days after the alleged assault, saying she felt obligated and had nowhere else to stay while visiting from Florida.

“I was there from Florida and I was with Jason," she said. "I had no money, nowhere to go. We were going from event to event and it was overwhelming. People spend years around people who have abused them, that’s what happens when something traumatic happens, you freeze.”

The Guardian learned of her allegations 15 months ago but she decided to go public to set an example for her twin daughters, who are about to turn 13.

“I’m sick of him getting away with this,” she said. “I’m tired of being quiet. It’s kind of cathartic. I just want to get this out, and I want people to know that this is the man, this is our president. This is the kind of thing he does and it’s unacceptable.”