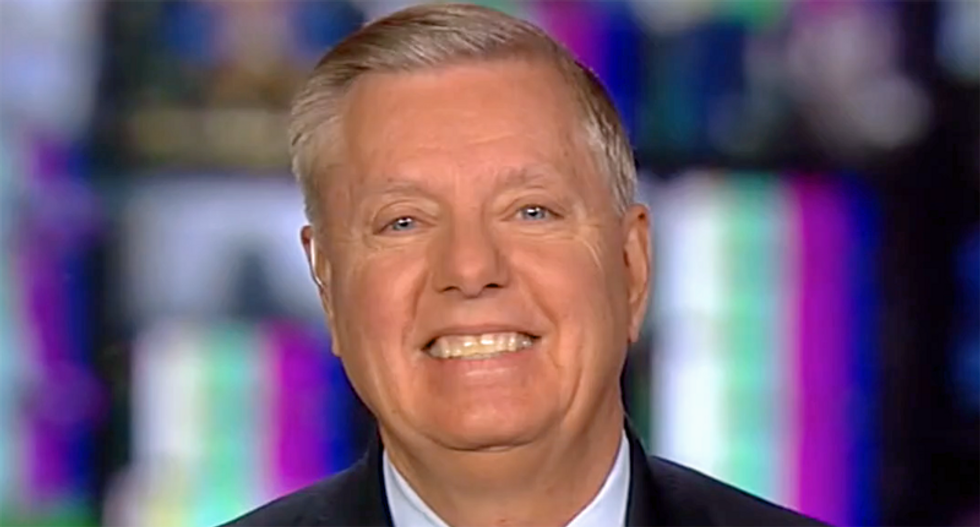 The "Morning Joe" host entered Congress in 1994 with the South Carolina Republican as part of a GOP midterm sweep, but Scarborough said Graham had debased himself by helping to block Barack Obama's judicial nominee all through 2016 while rushing forward with Donald Trump's weeks before the election.

"It was within their right but it was deeply offensive and deeply offensive the lies that just spew out of Lindsey Graham's mouth," Scarborough said. "The lies, and Steve Daines, the lies that just spew out of their mouths, they lied to the people of Montana so effortlessly, so easily. They lie to the people of South Carolina so effortlessly and so easily. That's the real problem."

"But understand on the other side of this election, understand in 2021 if Democrats decide to do what they decide to do, which who knows, maybe they'll decide to expand the Supreme Court to 11 or 12," he added. "Oh, will Republicans scream and yell? Sure they will, but guess what, they can do that constitutionally. There's nothing in the Constitution that says that there have to be nine justices. That number has expanded throughout American history, it may expand again. So there's always a reaction to a radical move."

Scarborough said he's been around Washington, D.C., long enough to have lost some of his capacity to be shocked, but he still can't quite believe Graham lied so brazenly before he faces re-election.

"I've known Lindsey for so long and we spent so much time together in the House, just distressed by the fact that he lies so easily in public," Scarborough said. "He lies to his constituents without any remorse. He does it in the open and he says something that's really just not true. He says, you would do the same thing too if the shoe were on the other foot."

Scarborough lists off other members of their freshman House class who would not have flip-flopped so shamelessly.

"We're not angels, nobody is perfect," he added. "But the degree of duplicity here is about as unprecedented as I can remember -- shameless."