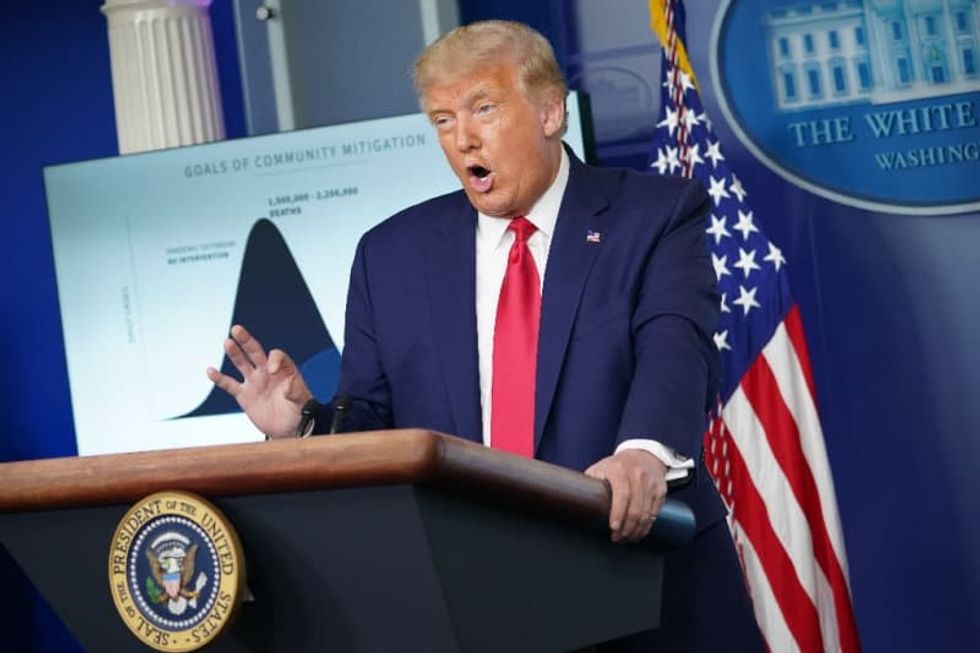 The author of a new piece outlining how President Donald Trump could steal the election from voters explained just how that might happen.

The Atlantic's Barton Gellman revealed the Trump campaign is exploring a strategy to pressure Republican-led state legislatures to appoint electors, instead of letting voters choose, and he told MSNBC's "Morning Joe" how that would work in practice.

"The only other time in history we had a debacle like this with possibility of the multiple competing slates of electors where two groups of people said, 'I'm the state elector for the state of Pennsylvania,' for example, it's supposed to go to Congress," Gellman said. "Congress is supposed to decide who are the legitimate electors, if any, from the state, and the problem is the electorate count act is one of the most garbled statutes ever passed by Congress, which is saying a lot."

Once the election reaches that point, the president and his right-wing media allies have enormous power to force the outcome they want.

"If you have a split of control between the House and the Senate," Gellman said, "in which Congress can't make the decision in which you have both sides deadlocked, they sort of checkmate each other on who are going to be the people who cast the votes from, in this case, Pennsylvania, and the problem is that when you have chaos going on for a long time, which is Trump's strategy here, then as time passes, the president -- the person who's got the troops under his command and has the apparatus, or the federal government, at his command -- is going to take advantage of that deadlock and stay in power."