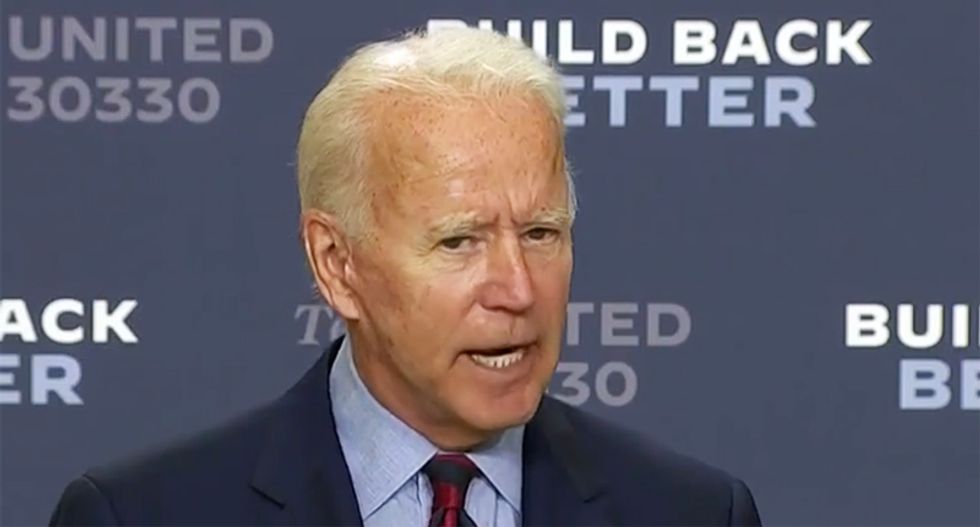 On Monday, the Philadelphia Inquirer walked through a potential voter error that could cost Joe Biden Pennsylvania — the exclusion of so-called "naked ballots," or mail-in ballots that aren't properly sealed in two layers of envelopes.

"The state Supreme Court in Pennsylvania, a critical battleground state that’s seen as increasingly likely to determine who wins the White House, last week ordered officials to throw out 'naked ballots' — mail ballots that arrive without inner 'secrecy envelopes,'" reported Jonathan Lai. "Pennsylvania uses a two-envelope mail ballot system: A completed ballot goes into a 'secrecy envelope' that has no identifying information, and then into a larger mailing envelope that the voter signs."

"Philadelphia’s top elections official warned Monday that the court’s ruling 'is going to cause electoral chaos,' lead to tens of thousands of votes being thrown out, and put the state at the center of 'significant postelection legal controversy, the likes of which we have not seen since Florida in 2000,'" said the report. In particular, "throwing out naked ballots could be costly for Biden, in a state President Donald Trump won by only about 44,000 votes in 2016, or less than 1%."

Pennsylvania is rapidly expanding the use of mail-in voting, which has previously not been common in the state, in response to the COVID-19 pandemic. Overwhelmingly, the voters seeking to vote by mail are Democrats, as Trump's conspiracy theories about the practice has turned off many GOP voters from doing so.