Kayleigh McEnany: Trump was using a ‘medical term’ when he said ‘herd mentality’ will defeat virus 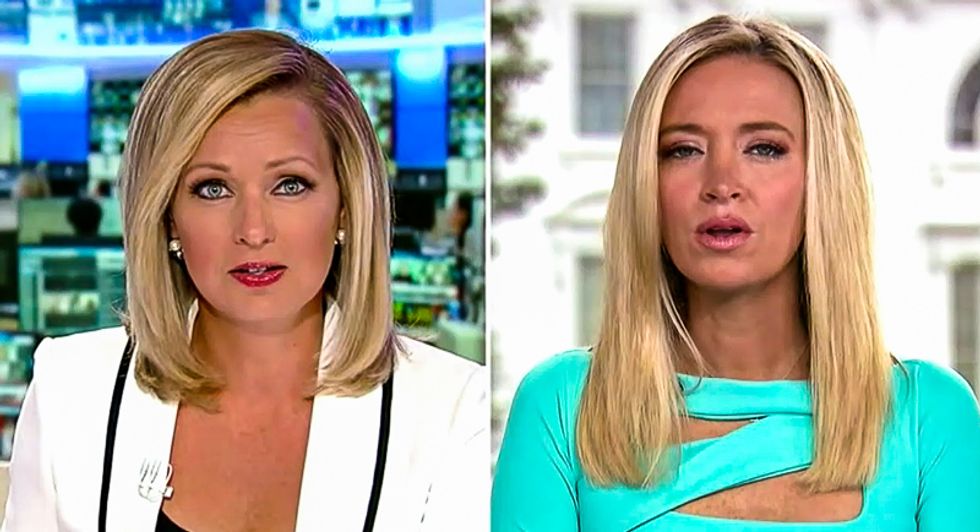 White House Press Secretary Kayleigh McEnany on Wednesday asserted that President Donald Trump was using a "medical term" when he claimed that the COVID-19 pandemic would "go away" because of "herd mentality."

Trump made the remarks at an ABC News town hall event on Tuesday.

"Over a period of time, sure, with time, it goes away," Trump said, "and you'll develop, you'll develop like a herd mentality — it's going to be herd-developed, and that's going to happen. That will all happen."

In a Wednesday interview on Fox News, host Sandra Smith told McEnany that medical experts have not predicted that "herd mentality" will defeat the virus.

McEnany refused to address the president's direct quote, and instead suggested that Trump said "herd immunity."

"Well, the term herd immunity is a medical term, which means that when you have a certain percentage of the population have antibodies, you have herd immunity," the press secretary insisted. "And it can be done via a vaccine or via prior illness, you develop the antibodies."

"It's a medical term," she continued. "And what the president said very clearly there with that is that a vaccine gets you there quickest."