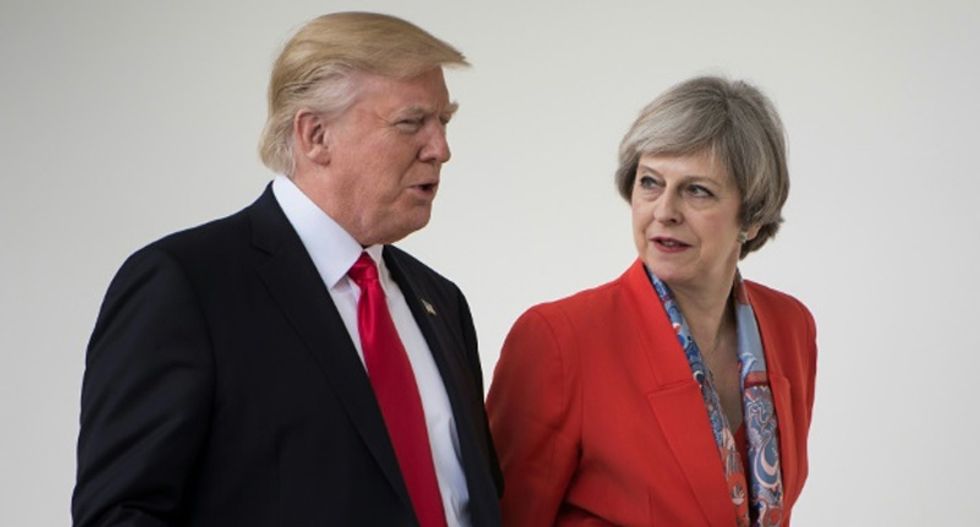 President Donald Trump has long been accused of saying whatever he needs to for the religious-right to support him. But a new report claims that Trump talked about not supporting the abortion ban that anti-choice advocates espouse.

In an exclusive report from The Telegraph, notes from a meeting between the U.S. and British leaders cites Trump being honest about where he really stands.

"He wanted to know where Mrs. May stood. Pro-choice or pro-life?" the article says about Trump's meeting with former Prime Minister Theresa May.

"'Imagine some animal with tattoos raping your daughter and then she gets pregnant,' the president said, according to the notes, graphically outlining the case for allowing abortion," The Telegraph reported.

"Mr. Trump then pointed at Mike Pence, the U.S. vice president known for being deeply religious. 'He's a really tough one on abortion,' he is quoting saying, before again [asking] Mrs. May for her view. The then-prime minister offered a careful response 'diplomatically threading the needle' according to one source familiar with the conversation -- before shifting the discussion back to safer ground," the report said.

"As I seek re-election this November, I need your help in contrasting my bold pro-life leadership with Joe Biden’s abortion extremism," Trump said in the release.