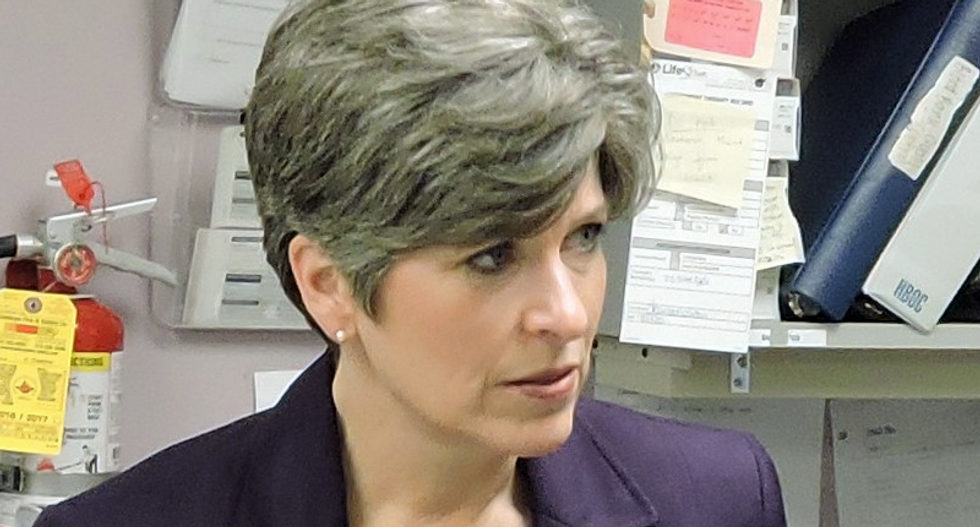 The chairman of the Senate Judiciary Committee on Monday announced that GOP members of the body would be united in voting for whomever President Donald Trump nominates to replace Ruth Bader Ginsburg on the U.S. Supreme Court.

“The nominee’s going to be supported by every Republican in the Judiciary Committee," Sen. Lindsey Graham (R-SC) said, as reported by The Washington Post's Aaron Blake.

Senate Judiciary Chairman Lindsey Graham (R-S.C.): “The nominee’s going to be supported by every Republican in the… https://t.co/WdFbUIeg9U
— Aaron Blake (@Aaron Blake)1600739722.0

If Graham is correct, that would mean that Sen. Joni Ernst (R-IA) would be backing the nomination, despite trailing Democratic challenger Theresa Greenfield.

It would also mean Sen. Thom Tillis (R-NC) is backing the nomination, despite receiving a credible challenge from Cal Cunningham.

Sen. John Cornyn (R-TX) is also apparently a yes, despite his challenge from M.J. Hegar.

Lindsey Graham says on Fox that they have the votes on the Senate floor to confirm Trump’s pick before the election… https://t.co/sTzDTKiNd9
— Steven Dennis (@Steven Dennis)1600742254.0