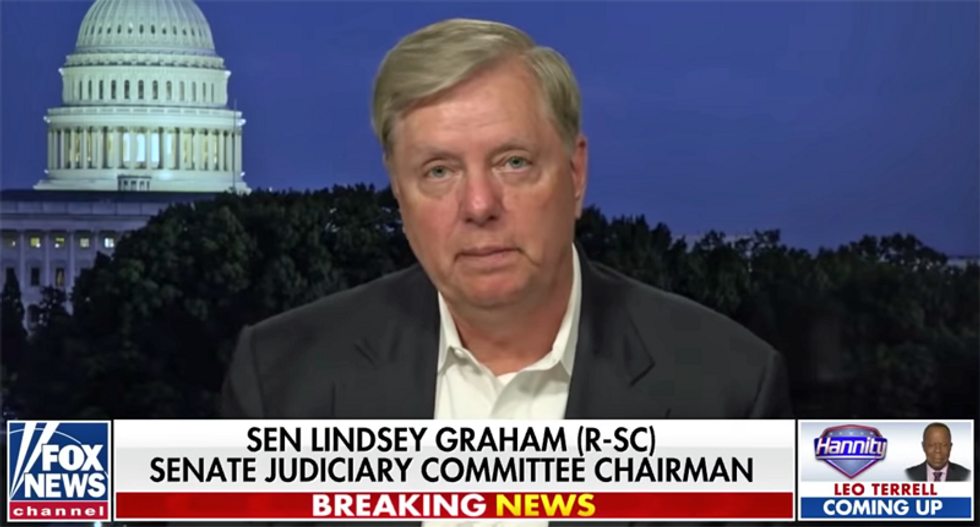 Graham started his day on the Fox News show "Fox and Friends" -- where he begged for money.

“My opponent will raise almost $100 million in the state of South Carolina,” said Graham.

“The most money ever spent in the state on a Senate race was by me in 2014 when I spent $13 million. He raised $6 million from the time Justice Ginsburg passed away, within 72 hours and God bless Justice Ginsburg. We’re celebrating her life. I appreciate waiting ’til Saturday to announce her replacement. But I am being killed financially," he admitted. "This money is because they hate my guts.”

His appeal apparently didn't raise enough, because he tried again with Sean Hannity later on Thursday.

"I’m getting overwhelmed," Graham complained, asking viewers to go to his website.

"Help me, they're killing me moneywise," Graham begged, noting he had asked for donations during the same show only days earlier.

While an incumbent Republican senator from a state as conservative as South Carolina wouldn't not normally be so agitated about winning re-election, Graham is facing an energized campaign from Democrat Jaime Harrison.

Harrison has been running huge sums of money and is has been running ads nationwide asking for contributions to beat Graham. One ad that aired on MSNBC on Thursday called out Graham's flip-flopping on whether President Donald Trump is a "xenophobic, race-baiting, religious bigot."