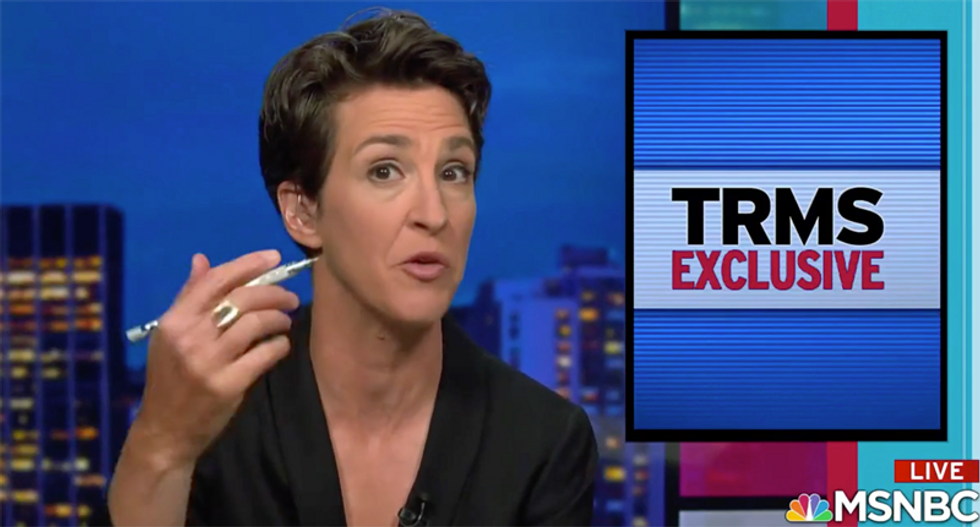 The host of "The Rachel Maddow Show" on MSNBC triumphantly reported on a story the show has been chasing for months.

Maddow reported on a Centers for Disease Control investigation of the massive coronavirus outbreak at a Smithfields Foods meatpacking factory in South Dakota. Over 1,300 workers contracted COVID-19.

The CDC sent an "Epidemiologic Assistance" team, also as Epi-Aids.

Maddow had previously reported that the Epi-Aids report issued on April 22 did not sound like previous reports the CDC has issued.

On Tuesday, she reported that there actually was a real report given to South Dakota on April 21st. And that CDC Director Robert Redfield's office made the scientists issue a secondary report the next day, after meeting with Agricultural Secretary Sonny Perdue.