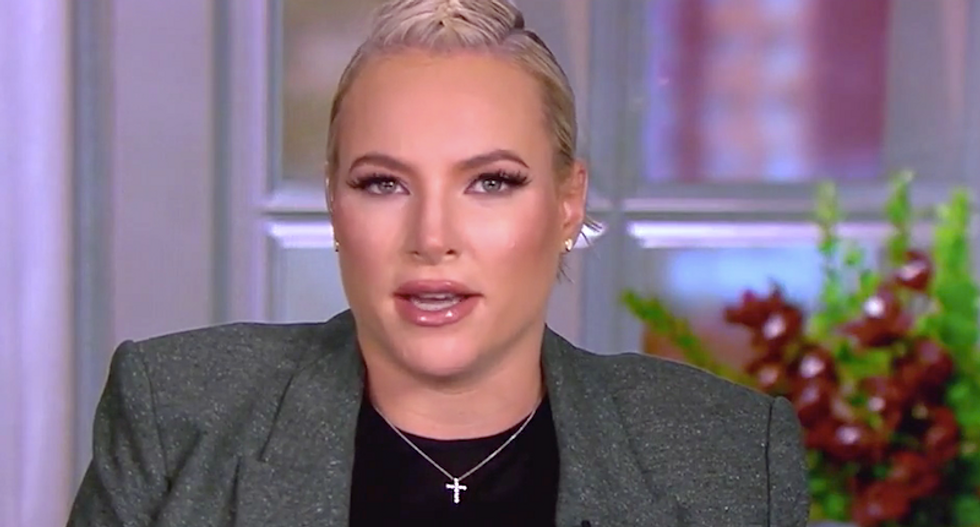 The conservative McCain argued that Trump and his Democratic opponent Joe Biden should essentially switch roles in next week's presidential debate to change their public perception.

"Both of them sort of have to switch roles and switch personas in this debate," McCain said. "Biden has to come out looking really tough and strong and like he cares about public safety and the radical [left], you know, examples that President Trump [is] using in his rallies have not taken over the party, and it's a safe space in the Democratic party for moderates."

While Biden, who earned McCain's mother Cindy McCain's endorsement, must overcome the Fox News-Republican Party narrative, the conservative co-host argued that Trump must act like a different person than voters have seen for the past five years.

"Trump, on the other hand, has to look like a normal, compassionate, empathetic human being," McCain said, and co-host Sunny Hostin guffawed. "Whether or not he's capable of doing that, I don't know because he hasn't been very effective so far."

McCain heard her co-host's laughter and tried to explain herself.

"It's true," she insisted. "He has to get some of what Joe Biden has, look like he's empathizing with pain. He's done a poor job. People over the age of 60, he's losing voters in this demographic at an astounding rate, and I think it's because they look at him and see a president who doesn't care if they die from the coronavirus."