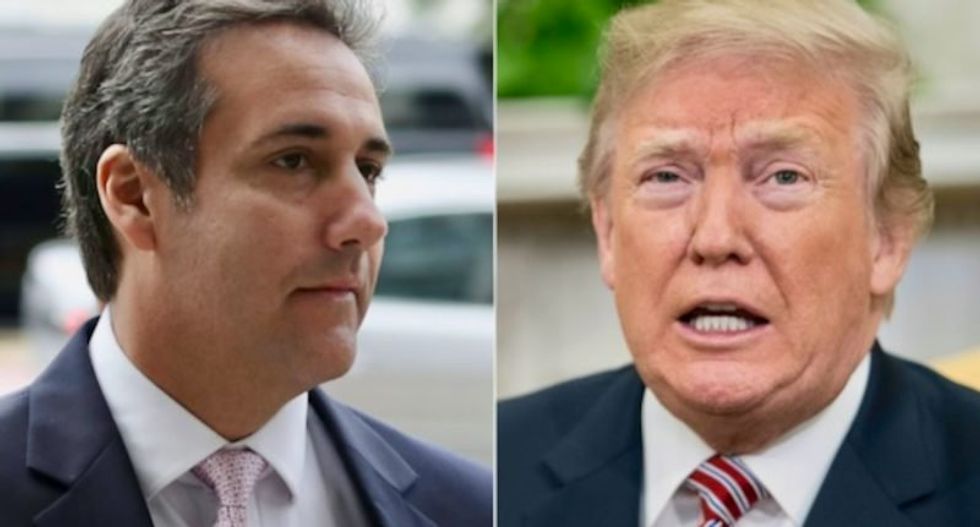 Appearing on CNN on Tuesday morning to talk about Donald Trump's problems since the New York Times exposed his avoidance of paying taxes, the president's former attorney, Michael Cohen, said there is plenty for investigators to look at if they're looking for fraud.

He then dropped a tip on financial fraud that may have been committed by the president against the U.S. government.

Speaking with host Alisyn Camerota, Cohen detailed some of the president's financial woes -- saying he is likely headed to personal bankruptcy and even jail ("for a century") because of the massive amount of debt he is carrying -- if he is not re-elected.

"People think that just with the amount of debt that you've just described there that there is obviously room for him to be compromised in various different ways," Camerota stated. "But let me just ask you specifically about some things that you may know about: that purchase of the old post office [building] in D.C that he bought, I guess, for $200 million, what do you know about that?"

"Well, I think what you're trying to refer to, if I'm judging by the question, Donald Trump was successful in obtaining the old post office, because he had the best financials of everybody that had put in," Cohen remarked.

"You had the biggest brands in the United States and abroad putting in their bids," he continued. "Donald Trump's allegation, or I should say, his documentation demonstrated that he had the greatest financial portfolio with the highest or I should say, the lowest debt-to-earnings ratio. Well, the problem with that is he may have actually lied to the GSA, with which to obtain the old post office."

"Do you know that he falsified it?" the CNN host pressed.

"No, but I think now that you have the tax returns and personal financial statements, I think you're incumbent upon individuals to take a look at the application that was submitted to the GSA for not just that, but I think about Ferry Point [golf course]," he added. "It's all predicated upon his net worth and his valuation on the Trump Organization."

"That he may have inflated, you talked about this, he inflates it and deflates when convenient," Camerota clarified.