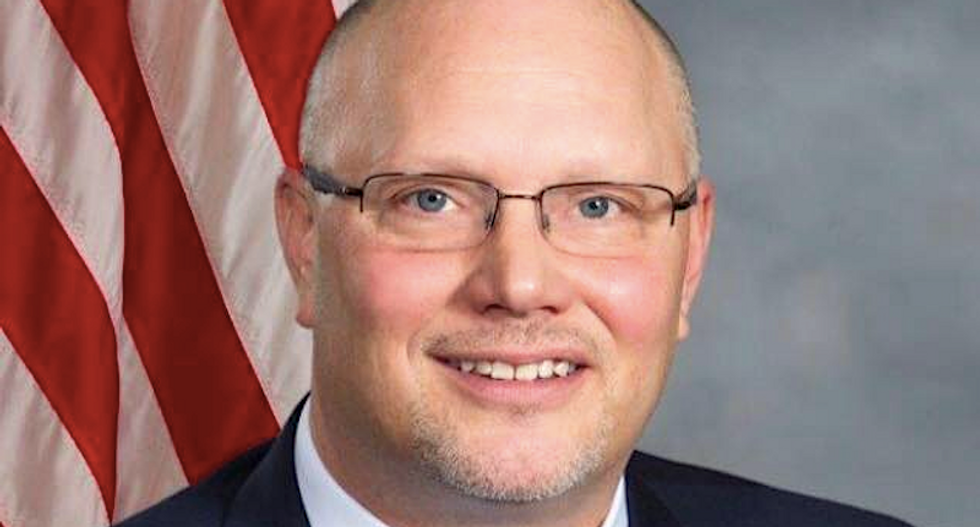 A Kansas Republican is facing calls for his resignation over a Facebook post that appears to endorse civil war.

Mike Brown, a Johnson County commissioner, threatened violent retribution against President Donald Trump's political enemies, who he accused of whipping up fear and chaos ahead of the election, reported the Shawnee Mission Post.

"Anarchy is ok," he began, "because they all believe you are simply too scared to do anything about it and they believe it damages Donald Trump."

"They've overplayed their hand," Brown posted Sunday. "They've gone way too far and now it's too late to get it back. And that is causing panic on the Left which will lead to a ramping up of more chaos, so prepare yourself; prepare to vote, prepare to support candidates who carry your message, buy a firearm and ammunition and take a class now to learn how to safely use it to defend yourself and your property, know what’s happening around you at all times."

“This is not a joke nor is it hyperbole," he continued. "It is a real fight for control of America … and control of you. Here is another thing that isn’t a joke or hyperbole; I’d rather fight and die than live in their dictated world."

“And right now I’ve got my own war drum — and I’m waiting for the other side to give me reason to pound on it. And I will. Say when,” Brown added.

Brown had already faced calls to step down over his opposition to mask orders, and a new petition calling for his removal sprung up following his post threatening violence over unrest that has erupted in the wake of the police killing of George Floyd.

“That’s a very scary post,” said Shirley Allenbrand, who's challenging Brown in the Nov. 3 election. “I hope his Facebook has been hacked because I can’t believe what he’s saying. Having people go out and start a war is not going to help our police department. That’s only going to put them in more danger.”

“In my post, I am only speaking out against violence and calling on other elected [officials], community leaders and citizens to do the same,” he told the newspaper. “If others, too, want to curb the chance of violence then they too need to speak up and speak out against it. Their silence and the actions of those committing these crimes makes them complicit.”

The elected official wrote his post hours after a gunman ambushed and shot two Los Angeles County sheriff’s deputies in their patrol car, which left both hospitalized in critical condition.

“Most folks would agree the night-after-night criminal actions of some and the ensuing deafening silence from many elected’s is wholly unacceptable," Brown said. "I spoke up because someone needed to do it. Officers being ambushed, livelihoods wrecked, life savings depleted and myriad of other struggles is all unacceptable.”

Kansas City mayor Quinton Lucas, who was called out by name in Brown's post, condemned the official's words.

“This is reckless. This is racist. This is wrong," Lucas tweeted. "Just stop.”