Mitch McConnell needs to 'feel the hurt' for treating the Supreme Court as his 'plaything': legal analyst 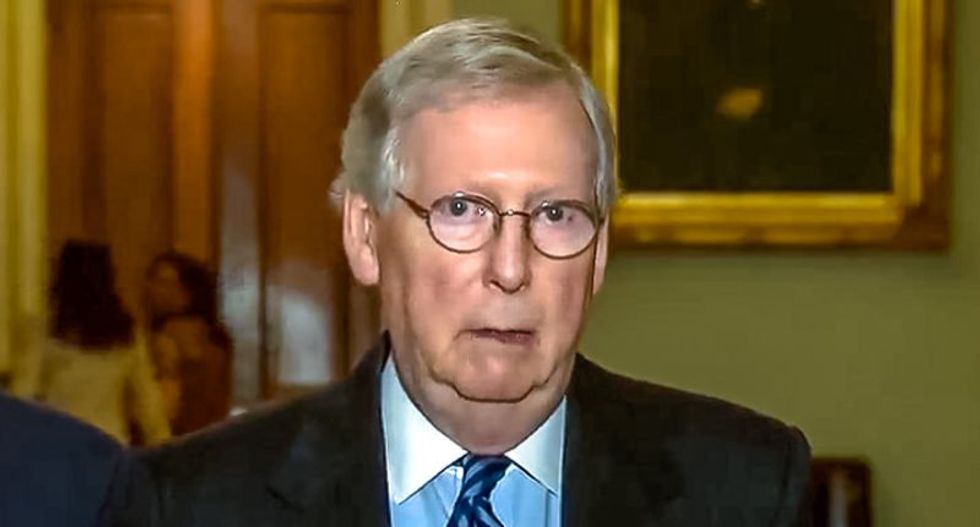 Appearing on MSNBC's "AM Joy" Slate legal analyst Dahlia Lithwick called out Senate Majority Leader Mitch McConnell (R-KY) for treating the Supreme Court like it is his personal "toy" and urged Democrats to begin an all-out war against the GOP leader and his Senate minions over Ruth Bader Ginsburg's seat.

Speaking with host Joy Reid, on loan from her evening MSNBC show, Lithwick was unsparing in attacking McConnell and said every tool -- including adding more justices to the Supreme Court -- should be used to regain control of the court from Republicans.

According to Lithwick, Democrats need to to scare Republicans and let them know they will "feel the hurt" for their court-packing.

"For decades now the Republican Party has treated the court as its own plaything," Lithwick began. "It's devoted tons and tons of money -- I would note dark money Senator Sheldon Whitehouse has been working on this for a long time -- to packing the courts with a certain kind of jurist and I think there's been massive asymmetry because the Democrats have not necessarily done that."

"They've in some sense allowed the rhetoric of the Scalia seat was our seat, and now this Ginsburg seat is our seat, rhetoric to go unchecked. I think you're right that as long as the Democrats say well, "there's not much we can do, they have the senate. It's Mitch McConnell's toy and they want to play with it then this happened."

"So I think this framing that the courts just belong to the conservative movement, they belong to the Federalist Society because they're there and the way to debunk it is to scare them," she continued. "I don't think we take it off the table. I don't think we say 'wait and see what happen,' and then we talk about structural reforms where it's court-packing, whether it's doing away with lifetime tenure, whether it's any number of constitutional reforms that are being floated."

"I think we have to say right here right now we are going to make you feel the hurt if you continue to treat the court as though it's yours and I agree with you completely," she added. "The notion that it's too early to scare them with that kind of language is exactly how we got into trouble in 2016."