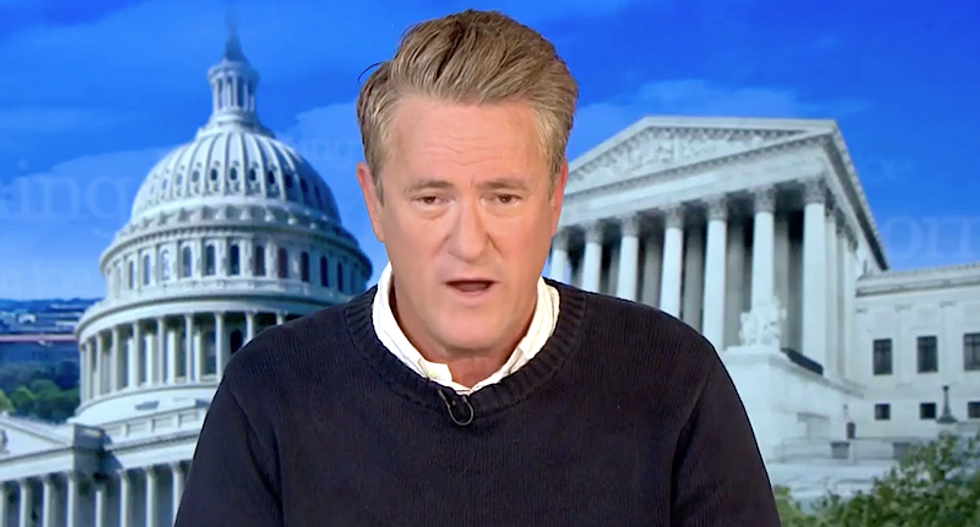 MSNBC's Joe Scarborough hammered President Donald Trump for giving himself an "A" grade on the coronavirus response.

The "Morning Joe" host opened Monday's program with a new recording from journalist Bob Woodward, who said Trump's self-assessment was more sad than the tapes that helped bring down Richard Nixon.

"We can grade it from the very beginning where he was a liar and admitted he was a liar to the American people," Scarborough began, "when he had been told by his own people inside the White House in January, that this was going to be the biggest crisis he faced of his presidency. When his own trade adviser had told him that half a million Americans could die. With that information, Donald Trump was saying that it was one person coming in from China and soon it would go away. That's not helping you, that's not helping any American."

Scarborough said the president is hoping the coming fight to replace the late Ruth Bader Ginsburg on the U.S. Supreme Court would distract Americans from his staggering failure on the pandemic.

"You can do all the adjusting you want for population size," he added. "We still come out the loser, and Donald Trump still comes out president of the United States who botched the biggest health care crisis of the past century, the biggest economic crisis of the past 80 years, and the biggest political crisis of the past 50 years. So nobody is giving him an 'A' grading-wise. He's going to try with the Supreme Court now. All he wants is to keep distracting Americans and have them forget that 200,000 Americans are dead, when so many of those Americans would still be alive if Donald Trump hadn't spent the last six months lying to you and to your family."