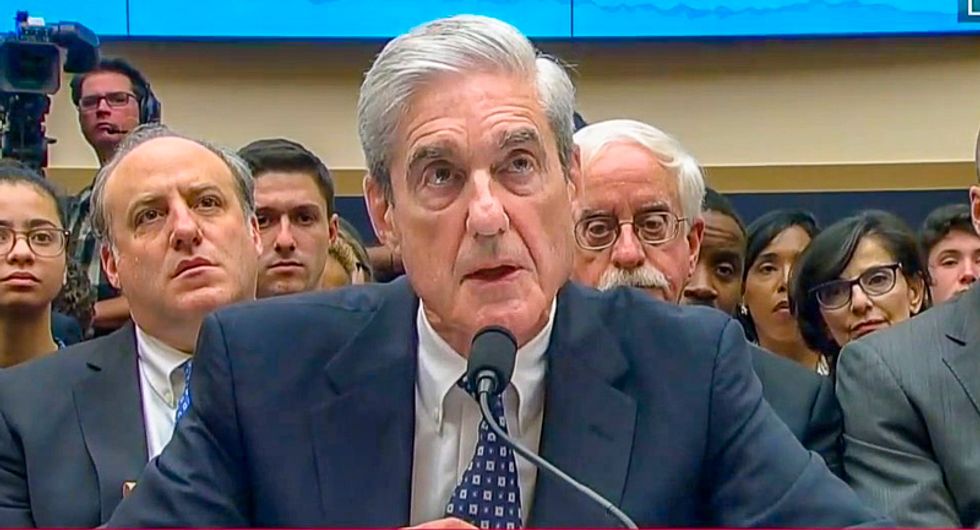 One of Robert Mueller's top lieutenants revealed how the special counsel investigation failed to hold a "lawless" President Donald Trump to account, and there were concerns about his ability to deliver evidence to the public.

New York Times reporter Michael Schmidt told MSNBC's "Morning Joe" that he had found worries within Mueller's team that he wasn't up to the task of testifying about their investigation, which echoes some of former prosecutor Andrew Weissman's frustration about his own tenure on the investigation.

"As I write in my book, Mueller struggled in the practice sessions that he had leading up to his testimony," Schmidt said. "He struggled to recall basic facts about the investigation."

Other members of the team hoped to get the special counsel's deputy Aaron Zebley at the table before the House Judiciary and Intelligence Committees, but the Republican minority made sure Mueller testified alone.

"What's going on at this time, while Mueller is struggling in these practice sessions, is that they're trying to get his deputy at the table with Mueller to testify, because they wanted Aaron Zebley there to be able to answer questions," Schmidt said, "and then Mueller, the Republicans ultimately pushed back on that and you have Mueller more or less testifying by himself, and if you talk to folks that know Mueller or if you've even watched Mueller testify before, Mueller had testified before Congress probably more than any other living American because he was the FBI director for 12 years testifying constantly on Capitol Hill."

"The Mueller that testified, it was just a different -- it was just a different Mueller," Schmidt added, "and his testimony was not very effective at sort of establishing the facts of the investigation and being authoritative here. The struggle of the Mueller investigation that you have to look at, certainly since it's been completed, is that Mueller sort of ceded the ground, in terms of the public relations on this. That allowed [Attorney General William] Barr to come in and hold his press conference and clear the president the way that he did. It allowed for the report to be taken in different directions by the Republicans."