'Now we have all these victims': Trump 2016 voter bolting GOP because president 'can't handle the job' 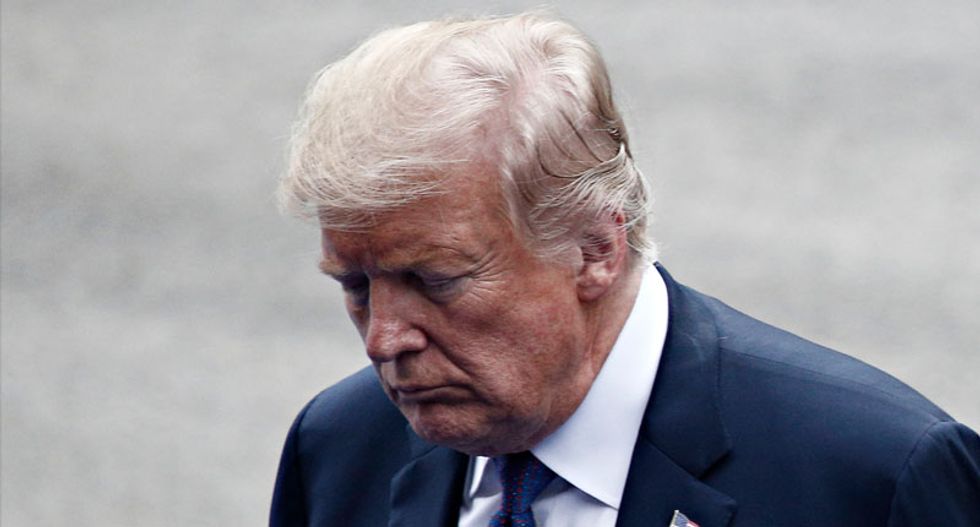 According to New York Times/Sienna College poll, Donald Trump has yet to recover with voters from his mismanagement of the coronavirus pandemic, and his collapse in the polls is mirrored by at least three Republican senators who are all facing ouster in November.

With the embattled president still fighting with his own public health officials over precautions the public should take to avoid being infected by the deadly COVID-19 virus, his own campaign is watching his numbers flounder as voters express their unhappiness at his fumbling of the first real crisis of his presidency.

According to the New York Times report, "In the swing states, Mr. Trump is still lagging across the board. The Times has polled seven presidential battlegrounds in the last two weeks, and the president has not led in any of them, and in no state did he amass more than 44 percent of the vote. Though he has repeatedly tried to shift the focus away from the virus, he has not established a meaningful advantage over Mr. Biden on any issue of equal urgency."

More concerning to Senate Majority Leader Mitch McConnell (R-KY) is the possibility that not only could the Republican Party lose the White House, his hold on the Senate may be slipping away with GOP incumbents in Arizona, Maine and North Carolina trailing their Democratic opponents.

"In all three states, Democratic Senate candidates were leading Republican incumbents by five percentage points or more," the report states with one 2016 Trump voter from Arizona giving a clue about what the ails the Republican Party.

That would be the performance of Donald Trump.

"Joseph Seoane, 67, of Glendale, Ariz., is among the seniors in the state who plan to vote for Mr. Biden. A political independent who supported Mr. Trump in 2016, Mr. Seoane said he was still 'not against' the president but believed it had become clear that Mr. Trump 'can’t handle' the job," the Times reports. "

“There are certain things we can’t play down,” Seoane explained. “And now we have all these victims.”

The report goes on to note that Republicans now fear voters will hand the White House and control of the Senate to the Democrats, with GOP strategists hoping they can make the case for hanging onto one of the two to keep the Democrats "in check," however the Times reports, " ... in all three states, two-thirds of voters or more said it would be better for the country if the White House and Senate were controlled by the same party, including a majority of independent voters."