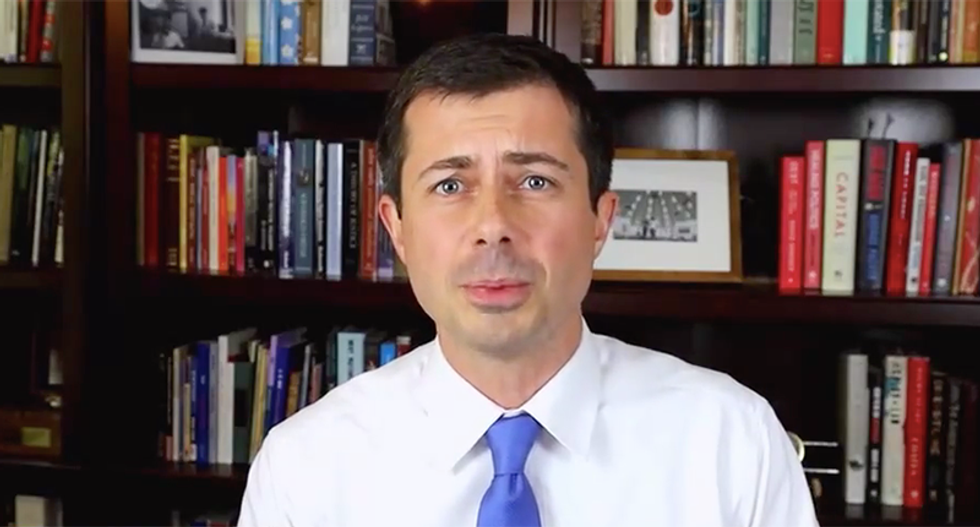 Former Fort Bend, Indiana Mayor Pete Buttigieg appeared on "The View" Tuesday with his husband Chasten for a conversation about politics.

Co-host Sara Haines asked about the pressure on former Vice President Joe Biden to get out and campaign.

"Well, let me say this, Joe Biden is winning," said Buttigieg "Let's remember this. All this hand wringing over the strategies -- don't get me wrong -- it's going to be a tough election. We'll have to earn every vote. If Donald Trump doing these things as a strategy, it's a failing strategy and losing strategy."

But it is the huge no-mask rallies that Trump is hosting that he said proves the president has little concern for his voters.

"The main thing that strikes me about the way he packs his supporters indoors sometimes and you heard him -- someone asked him about whether he was concerned about transmission of disease," said Buttigieg. "He said they're far enough away from me. It's how little respect he has for his own people. you'll see Joe Biden and Kamala Harris continuing to travel the country, but doing events in a different way out of respect for the safety of the people they're talking to. You don't see that same level of respect from the president who packs people into an indoor space and often without masks. As we know from Tulsa, some of those people got sick and died."