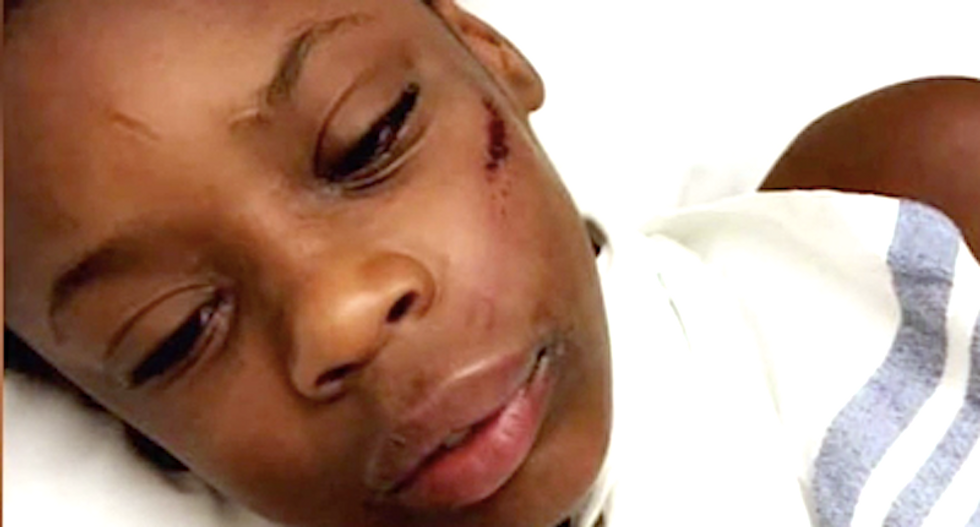 A Black girl was beaten and harassed by a boy in an apparently racially motivated attack in Kansas.

Brandi Stewart said her 11-year-old daughter, Nevaeh Thomas, was playing with friends outside an apartment complex Friday evening near her Shawnee school when an older boy began taunting her with racial slurs, reported WDAF-TV.

“Her feelings are more hurt because of the act of, the racial act, not so much of the scaring,” Stewart said.

The girl responded by telling the 12-year-old boy that "my Black is beautiful" -- and that's when he allegedly knocked her unconscious with a pole.

“She suffered from a concussion," Stewart said. "She has stitches inside and outside of her cheek, she lost her tooth."

Neighbors were shocked by the attack.

“That poor little girl didn’t do anything and now she’s been hospitalized and beaten and for what?" said Blair Murphy, who runs a day care center near the apartment complex. "Because she’s Black?”

The boy was charged with aggravated battery, a felony, said Johnson County District Attorney Steve Howe, who added said hate crime charges could be filed in the case, although the juvenile court system handles those differently than adult court.