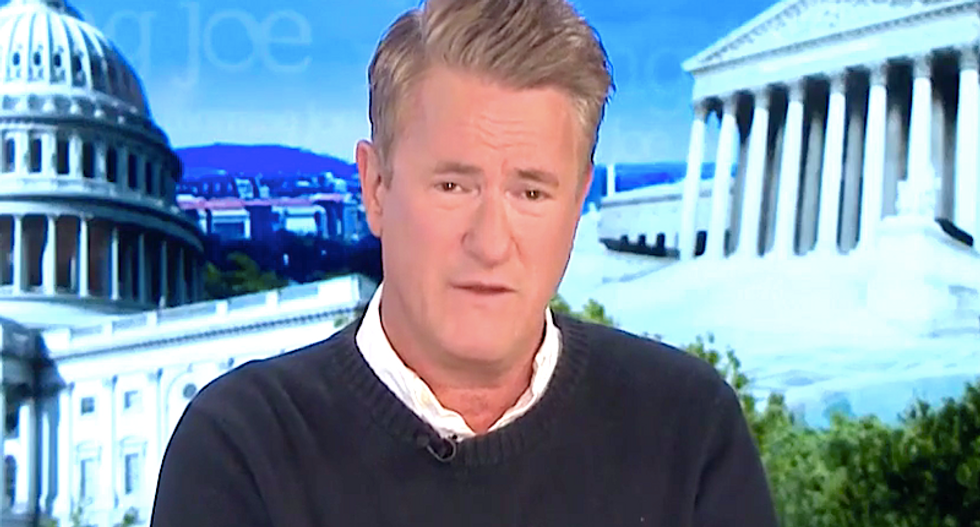 President Donald Trump has staked his re-election campaign on stoking racial divisions, but MSNBC's Joe Scarborough pointed out that polling has consistently gone against those efforts.

The "Morning Joe" host said the president has copied Richard Nixon's 1968 "law and order" campaign, but voters have recoiled at his harsh crackdowns on protests against police brutality.

"They tried it on June 1, it blew up in their faces spectacularly," Scarborough said. "Donald Trump condemned by the chairman of the joint chiefs a few days later. A Military Times poll out today that show it is the military, only 16 percent Democratic, that shows the military prefers Joe Biden to Donald Trump. I don't think that's ever happened in my lifetime that a Democratic nominee did better than a Republican nominee. Maybe it has, I don't know, but for active-duty troops, the Military Times [found] 41 percent for Joe Biden, Donald Trump 37 percent."

"Much of that is the fallout from June 1," he continued. "So then he decides he's going to exploit the shooting of a Black man who got shot in the back seven times and say it's okay for a white kid who's 17 to run around with an AR-15 shooting people, and you look at these poll numbers in Wisconsin, it's blowing up in his face again."

"These polls, can we put them up, these polls were taken through last night," Scarborough added. "These were taken through Sept. 1, and that is the evening after Donald Trump went to Kenosha and he's down 10 points in Wisconsin. It's not working, race is not working for him. This B.S. version of law and order, again, Aug. 29 through Sept. 1, the night after he was there, eight-point lead for Joe Biden. I understand that Donald Trump is a one-trick pony, but, man, he's going straight off the cliff with this twisted, distorted version of law and order."