Republicans go to war with Trump over one of his biggest campaign promises: report 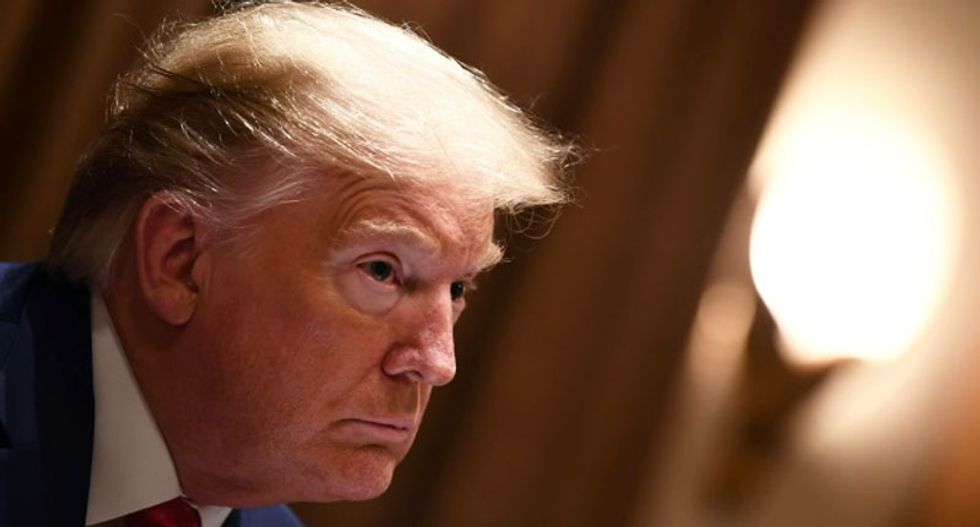 According to a report from the Daily Beast, a "dark money" group affiliated with the Republican State Leadership Committee is preparing a campaign blitz opposing one of Donald Trump's key proposals that he is highlighting as a major plank in his re-election campaign.

At issue is Trump's new drug-price proposal that the president is using to woo senior voters back into the fold as his re-election campaign continues to trail Democratic challenger Joe Biden.

According to the Beast's Lachlan Markay, the opposition to Trump's proposal began with "a top pharmaceutical trade group—one that happens to have given their network millions of dollars in support—in its dispute with Trump over the measure."

According to the report, the ad campaign takes aim at Trump's executive order "that would require Medicare to pay for certain drugs only if they are priced comparably to prices paid in other developed nations."

The ad states, "America is leading the world in medical research and innovation, working around the clock for groundbreaking cures and vaccines. But now a foreign price-setting executive order threatens all that, letting foreign governments decide when, and which drugs, Americans get access to, delaying critical treatments right when we need them most.”

The ad, coming from a Republican-affiliated group, is a rare challenge to the president who normally doesn't take well to be second-guessed -- particularly when he is in dire need of every vote he can get. and the White House is already pushing back with White House spokesman Judd stating Trump “is not going to be intimidated out of also delivering lower prices to seniors by this embarrassing attempt to confuse the public.”

Stephen Ubl, the president of the Pharmaceutical Research and Manufacturers of America (PhRMA), behind the ad fired back, “The White House has doubled down on a reckless attack on the very companies working around the clock to beat COVID-19.”