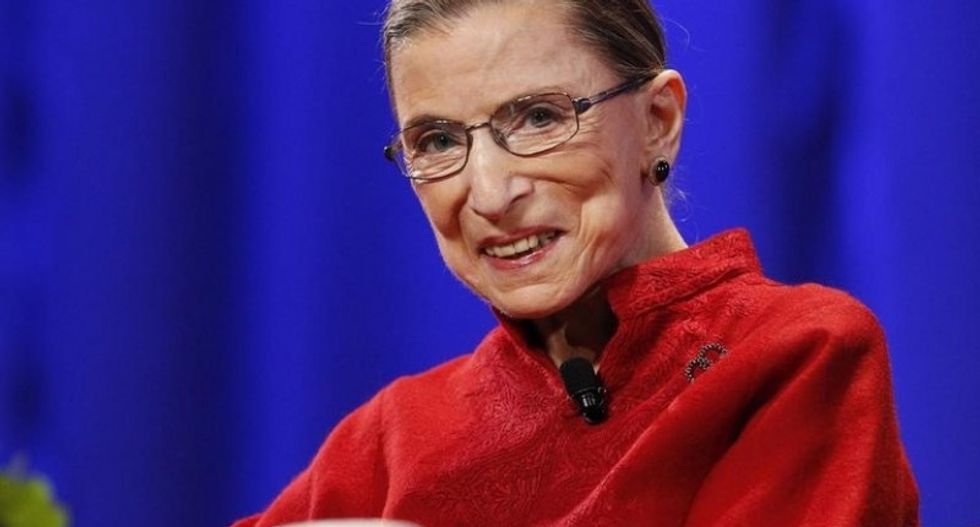 In a compilation of extremist Christians' responses to the death of Supreme Court Justice Ruth Bader Ginsburg at LGBTQ Nation, the late justice was called a "murdering hag" by one follower of Christ while another compared her to Adolf Hitler before stating he had redeeming qualities she lacked.

As the report notes, far-right Christians were beside themselves with joy after Ginsburg passed away from pancreatic cancer, paving the way for Donald Trump to nominate her successor who will likely be a deciding vote to eliminate a woman's right to control her own body.

According to former GOP politician and evangelical Gordon Klingenschmitt, "With glowing tributes from leftists, pro-aborts, LGBTs and the mainstream media pouring in from around the globe, I personally mourn her death because she apparently did not know Christ. This past month I prayed for her soul, that she would prepare to meet God."

That was one of the nicer things said about the liberal Supreme Court pioneer.

Evangelical activist Dave Daubenmire didn't hold back in his contempt for the late Ginsburg, writing, "Hitler condoned the killing of at least six million. Ginsburg – 60 million. Do you mourn Hitler’s death? Who’s more wicked? If it wasn’t a tragedy that Hitler died, why is it a tragedy that she died? Can somebody explain that to me, please?”

“Hitler had good intentions,” he added. “He reformed Germany. He did a lot of good things. He rebuilt their economy. We’re just not going to hold this murder of these Jews against him, are we? He did a lot of great things. Ruth Bader Ginsburg, why she went and advanced women’s rights. She brought women out of the kitchen. Oh, she did so many good things. Do you see where I’m going with this, folks? Wake the heck up. She was destructive. She was wicked and destructive.”

Former Donald Trump adviser Frank Amedia couldn't help but make a joke about her Jewish faith, writing, "very interesting that a Jewish princess was taken home on Rosh Hashanah — or taken somewhere, praise the Lord, I’ll leave that to him.”

At the right-wing Christian site Stream, John Zmirak speculated God killed Ginsburg  “... at just this moment for some special reason,” giving the president an opportunity to dramatically alter the court in a way that would please Christians.