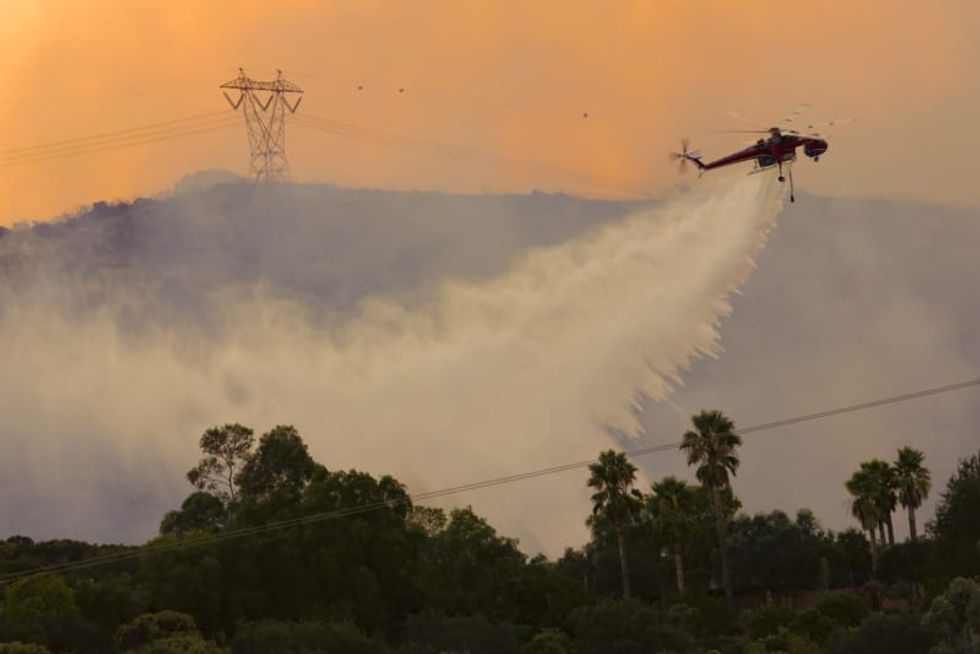 SAN DIEGO — The fast-moving brush fire that ignited Saturday in the Japatul Valley area southeast of Alpine has scorched 4,000 acres and destroyed 10 structures, Cal Fire officials said Sunday.The blaze is 0% contained.Residents in the community of Carveacre were evacuated and two emergency shelters were set up: one at Steele Canyon High School in Jamul and the other at Joan MacQueen Middle School in Alpine. The second shelter was closed for several hours on Sunday, but reopened in the afternoon. Power lines in the area were also affected during the fire, causing some in the area to lose servi...