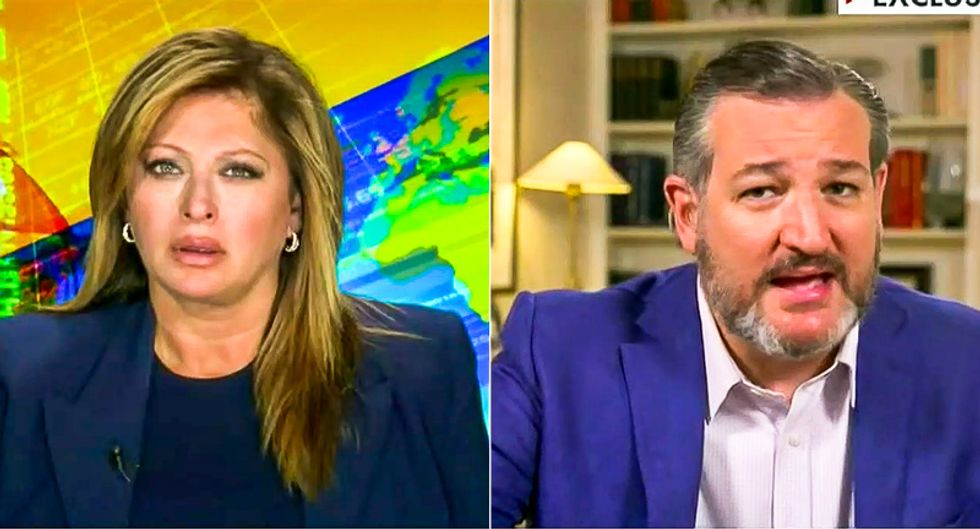 During an interview with Fox News host Maria Bartiromo, Cruz explained that he was upset over commercials for the Netflix program Cuties because he said it "sexualizes 11-year-old girls, has them dancing like strippers, has them in very suggestive sexual roles."

"And it's frankly disgusting," the senator continued.

"I don't even want to show the video," Bartiromo said after airing a trailer for the program alongside Cruz speaking.

"And you know, Netflix is an incredibly profitable U.S. company!" Cruz exclaimed. "Barack Obama makes a ton of money from Netflix and they are profiting, they are making money by selling the sexual exploitation of young kids."

"And so I asked the Attorney General to investigate them because federal law makes it a crime, it is a felony to distribute child pornography," he added. "We arrest and put in jail people every year for movies. If you have child pornography, if you have kids engage in sexual activity, if you produce it, if you distribute it, you face criminal penalties and Netflix is making a ton of money."

"I guarantee you every pedophile in America is going to watch this movie and Netflix is sitting back fat and happy and making money on it," he concluded. "That's not right."

At the time of publication, there is no evidence Netflix's Cuties contains child pornography.