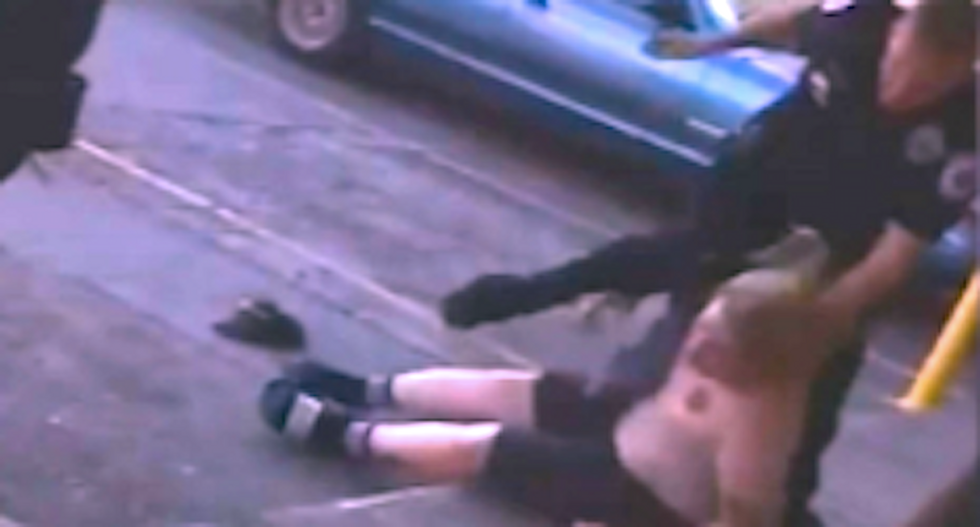 A Texas grand jury indicted a former police officer for assaulting a bystander during an arrest recorded on video.

Nathaniel Brown was fired by Baytown police after the June 2 traffic stop of a 23-year-old Black man outside a convenience store, and the former officer confronted witnesses who asked why the driver had been placed in handcuffs, reported KHOU-TV.

Brown then can be seen crossing the parking lot after one of the witnesses begins recording video and throws one of the men to the ground and kicks him in the head.

Another officer confronts the other witness and then arrests him.

Both witnesses, Skylar Gilmore, 24, and Isaiah Phillips, 23, were arrested for disorderly conduct for using profanity during their interaction with police, but the Harris County District Attorney's Office later dropped an interfering with public duties charge against Gilmore.

“They slammed me on my friend Skylar’s hood, used my face to dent his hood,” Phillips told KHOU 11 News. “That’s not proper.”

Brown, a nine-year department veteran, was indicted for assault, which is a class A misdemeanor punishable by up to one year in jail and a possible a $4,000 fine.