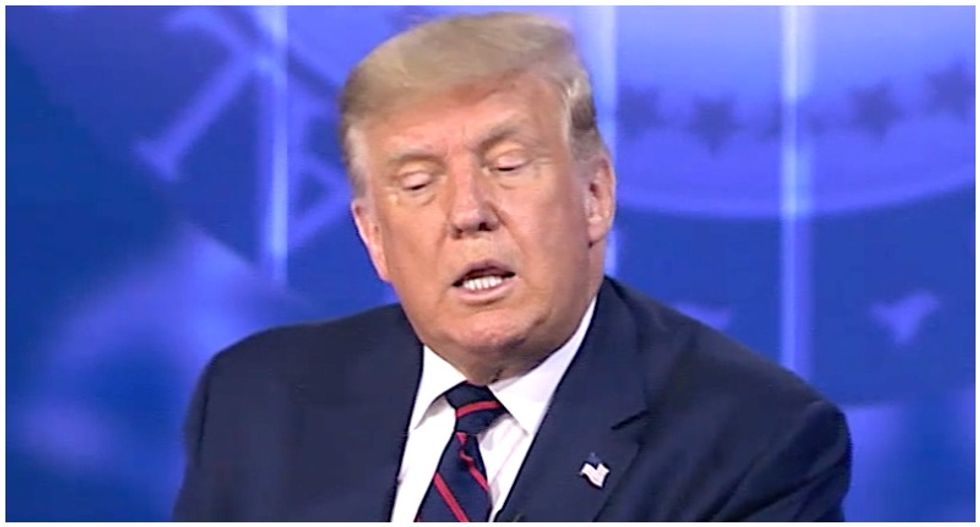 President Donald Trump's debt obligations are probably even worse than the New York Times revealed, according to a biographer who's seen his tax records.

Journalist Tim O'Brien examined Trump's tax returns after the future president sued him for libel in 2006, and while the lawsuit settlement prohibits him from disclosing the specifics, he commented on some of the newspaper's findings in a Bloomberg column.

"According to the Times, Trump has about $421 million in debts which he has personally guaranteed and which are coming due over the next several years," O'Brien wrote. "This is consistent with earlier reporting about how much debt he carries, a chunk of which could be gleaned from the personal financial disclosures he is required to file with the federal government. But Trump’s overall indebtedness is greater than the Times tally, I believe."

Dan Alexander, a senior editor at Forbes, estimates the president owes about $1.1 billion, which O'Brien believes is likely accurate, and the coronavirus pandemic has decimated the real estate, travel and leisure industries where Trump Organization operates.

"If Trump is unable to meet his debt payments, he’s either going to have to sell assets or get bailed out by a friend with funds," wrote O'Brien, author of "TrumpNation." "Trump has never liked to sell anything, even when it’s hemorrhaging money. So if he’s tempted to save himself by getting a handout, that makes him a mark."

That wouldn't be a big deal if he were "still just a reality TV oddity," according to O'Brien, but his presence in the White House makes him incredibly dangerous to national security.

"The trade-offs someone like him would be willing to make to save his face and his wallet taint every public policy decision he makes – including issues around national security," O'Brien wrote. "If Vladimir Putin, for example, can backchannel a loan or a handout to the president, how hard is Trump going to be on Russia? Not that we should worry about Trump’s relationship with Putin. That’s just a hypothetical question."

The president paid only $750 in taxes the year he was elected, compared to the $14,000 bill due for a family making $75,000, and O'Brien said the report exposed Trump's concern for working Americans as a sham.

"Anyone buying Trump’s tripe about looking out for the little guy while he occupies the White House, or who takes their lives in their hands attending one of his COVID-19-defying campaign rallies, should bear in mind one of the many things the Times’s reporting substantiates," he wrote. "The president of the United States is in it only for himself, and he’s laughing all the way to the bank. And he’s laughing at you, too."