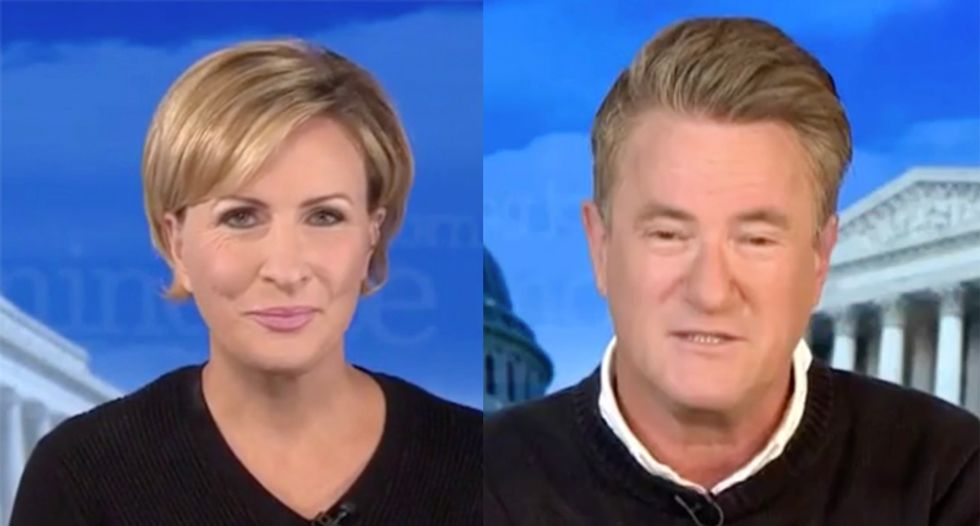 "Morning Joe" co-hosts Joe Scarborough and Mika Brzezinski came right out of the gate on Monday morning ridiculing Donald Trump over the revelations in the New York Times that he is not only debt-ridden, but also one of the "worst businessmen" in American history.

According to Brzezinski, the current president is also the "biggest loser" when it comes to his business dealings.

Starting off by noting the most recent tax payment Trump made to the government was $750, and that for ten years he paid nothing, host Scarborough brutally described the president's current situation.

"The numbers actually show that through a large part of his business career, he lost more money than any other American citizen," Scarborough began. "And the amazing thing is daddy gave him the equivalent of $400 million, he lost all of that; bankruptcies right and left. Then, as he was struggling he finally got to 'The Apprentice,' struck oil there, made another $400 million there -- lost all of that money."

"I don't know.," he mused. "You would think if you lost $400 million that your daddy gave you the first time, you would say, 'Hey, the next time I make some money I'm not going to be really stupid with it.' I think it's safe to say, if you just look at the federal records, Mika, he is the least successful business person of all time and the incredible thing is that he has painted himself as this great businessman. Which, by the way, we all know that in New York, real businesspeople would die laughing at the prospect."

"When Donald Trump was doing 'The Apprentice,' they would say 'middle America thinks that's a good businessman?'" he continued. "That's a business tycoon? They would laugh because they were running the banks where Donald Trump had rolled up hundreds of millions in debt. They were the ones running the construction projects he couldn't pay for. They were the ones who had seen him collapse and fail time and time again."

"I think when the history books are written, it will show that nobody has lost more money in American business over the past 20 years consistently than Donald Trump," he suggested.