The media — and Robert Mueller — keep making the same mistakes with Trump: Columnist 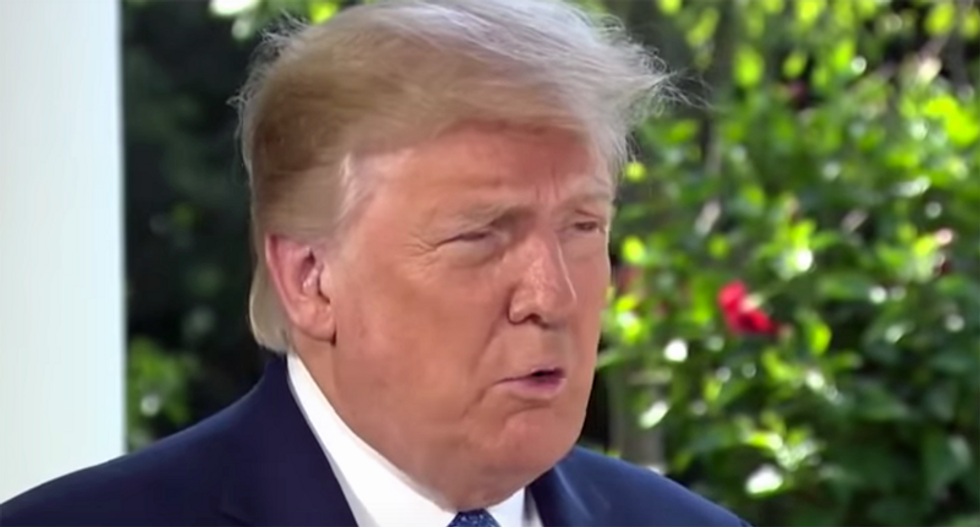 The political media is making the same mistakes that helped President Donald Trump get elected -- and avoid any serious consequences from special counsel Robert Mueller's probe.

Veteran journalist James Fallows, in a new column for The Atlantic, argues that rules and standards won't stand up to a candidate or president who refuses to respect the norms expected from him, and that asymmetry produces fundamental failures.

"Many of our most influential editors and reporters are acting as if the rules that prevailed under previous American presidents are still in effect," Fallows writes. "But this president is different; the rules are different; and if it doesn’t adapt, fast, the press will stand as yet another institution that failed in a moment of crucial pressure."

That same anachronistic idealism failed Mueller, who Fallows argued seems to have been naïve to the threat to his investigation that Trump posed from beginning to end.

"[Mueller] knew the ethical standards he would maintain for himself and insist on from his team," Fallows writes. "He didn’t understand that the people he was dealing with thought standards were for chumps. Mueller didn’t imagine that a sitting attorney general would intentionally misrepresent his report, which is of course what Bill Barr did. Mueller wanted to avoid an unseemly showdown, or the appearance of a 'fishing expedition' inquiry, that would come from seeking a grand-jury subpoena for Donald Trump’s testimony, so he never spoke with Trump under oath, or at all. Trump, Barr, and their team viewed this decorousness as a sign of weakness, which they could exploit."

The press is again making the same mistake as 2016, which Mueller repeated during his investigation of Trump campaign ties to Russia.

"They’re behaving like Mueller, wanting to be sure they observe proprieties that would have made sense when dealing with other figures in other eras," Fallows writes. "But now they’re dealing with Donald Trump, and he sees their behavior as a weakness he can exploit relentlessly."

Media outlets have grown even more dependent on Trump content than four years ago, when networks gave him billions of dollars in free airtime, while also playing down the former reality TV star's personal flaws to preserve the illusion of balance.

"The networks offset coverage of Donald Trump’s ethical liabilities and character defects, which would have proved disqualifying in any other candidate for nearly any other job, with intense investigation of what they insisted were Hillary Clinton’s serious email problems," Fallows writes.

The mainstream political media still isn't devoting as much coverage to the president's continuous scandals and failures as Clinton's overblown use of personal email, Fallows argued, and he fears the results will be the same as last time.

"Now it’s four years later," he writes, "and we’re waking up in Groundhog Day, so far without Bill Murray’s eventual, hard-earned understanding that he could learn new skills as time went on. For Murray, those were things like playing the piano and speaking French. For the press, in these next 49 days, those can be grappling with (among other things) three of the most destructive habits in dealing with Donald Trump. For shorthand, they are the embrace of false equivalence, or both-sides-ism; the campaign-manager mentality, or horse-race-ism; and the love of spectacle, or going after the ratings and the clicks."