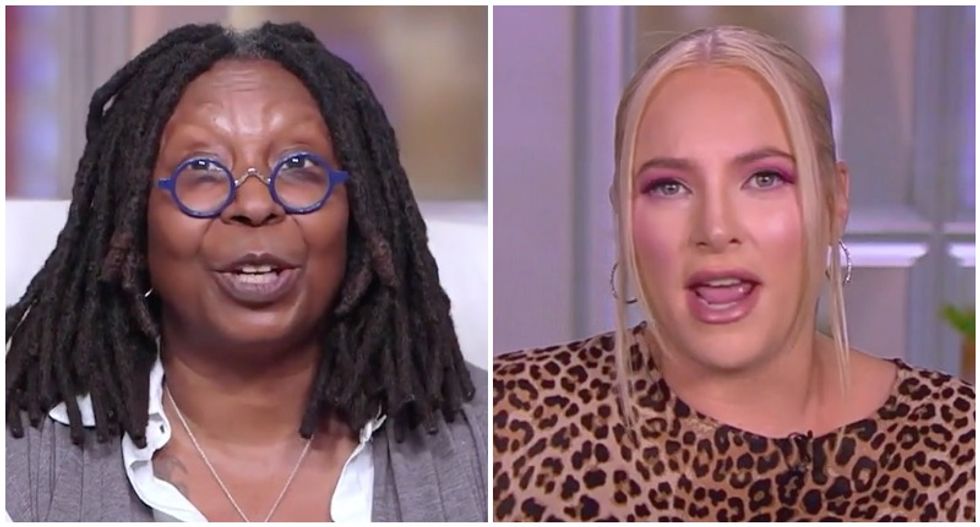 The president fumbled his answers on health care and racial justice to everyday Americans, whose questions McCain praised as insightful and probing, but she then turned to her favorite topic -- foreign policy.

"I see this through a difference lens," she began. "I actually was most interested in the Abraham Accords, which is this new realignment and peace treaty between United Arab Emirates, Bahrain and the United States. It's hard to give credit and any wins to the Trump administration, but I try to be fair and call balls and strikes like we see it."

"You're seeing a total geopolitical realignment against Iran and for Israel," she continued, "and there's rumors that Saudi Arabia could be joining, and I thought it was actually a really big day yesterday for all the hubris and sort of baloney that I have seen blown around in this administration, about bring bringing peace to the Middle East, this was a huge step, and I saw President Trump talk about it, and I was pleased yesterday. This is getting very little attention in the scheme of things for how big it is, and I just wish we, for a moment, could just take a moment and really appreciate the fact there's going to be embassies for Israel and other Middle Eastern countries right now."

"This is a step forward for peace in the Middle East and for any pro-Israel American," McCain added, "it was a big day. That's what I was most interested in last night when I watched."

"I'm all for peace everywhere, and when they do it, I'll believe it" Goldberg said. "I just don't want to get excited about very much stuff when I hear it now. This is why I have such a hard time because, you know, you get excited and you think, okay, maybe this time, and then you get your face smashed. I'm not going to do that."

"But I was struck by the young man," she added, "the young brother who confronted him about making America great again, that slogan, and asking him when he thought America was great for black folks, and his answer was kind of, like, what? Because he kind of -- he seemed shocked that there was a problem. I don't know. I could only watch a little bit because I'm much more into 'Cobra Kai.' That's where I'm at."