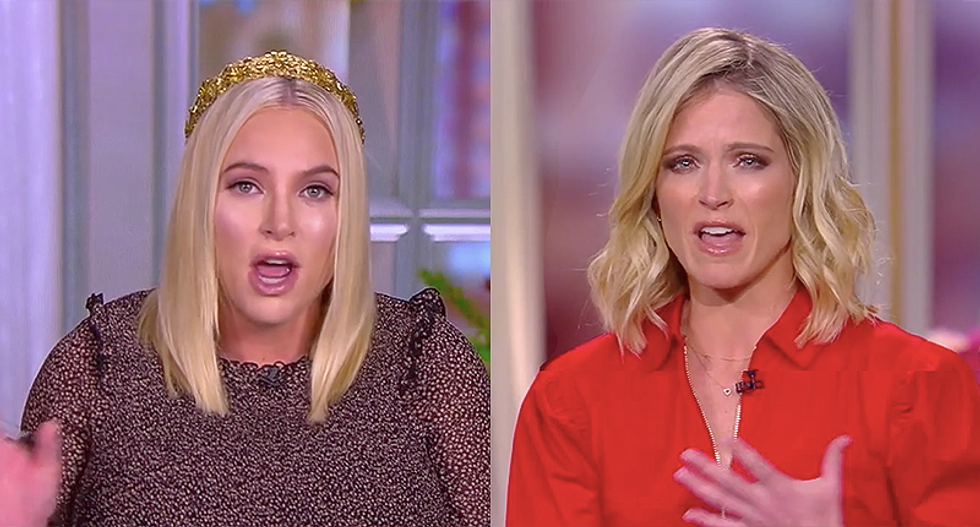 "The View" co-hosts broke into a shouting match after Meghan McCain filibustered about accused rapist Brett Kavanaugh as a justification for Republican hypocrisy on judicial nominations.

Co-host Sara Haines patiently waited for McCain for finish her comments and when she turned to point out Republican hypocrisy when former President Barack Obama appointed Merrick Garland to the Supreme Court 10 months before an election. Currently, America is in an election, with people already casting ballots and going to the polls.

A crown-wearing McCain cut in to rant that 47 percent of the American public considers themselves pro-life, including herself, and that possible female nominees are already being ripped for their religion.

Haines cut in to fact-check McCain, to quote possible nominee Amy Coney Barrett who said that building the "kingdom of God" is her ultimate goal.

"I think there can be dissent on a choice without it being slander or canceling the running," Haines tried to explain to a fuming McCain. "The problem I have with Judge Amy Coney Barrett are her own words, and this is a quote, 'Your legal career is but a means to an end, and... that end is building the kingdom of God.' I have been consistent, and have spoken on this show that the separation of church and state and that's what this country was built on -- what the Constitution was built on. So I take issue with any judge or judicious mind that comes in conflating the two."

McCain maintained that she simply didn't want to see anyone "get Kavanaugh'ed," something that presumably wouldn't happen if the justice never engaged in unseemly or alleged illegal behavior.

Watch the debate in the videos below: