‘There’s no path’: Morning Joe says Trump’s running out of time to win in November 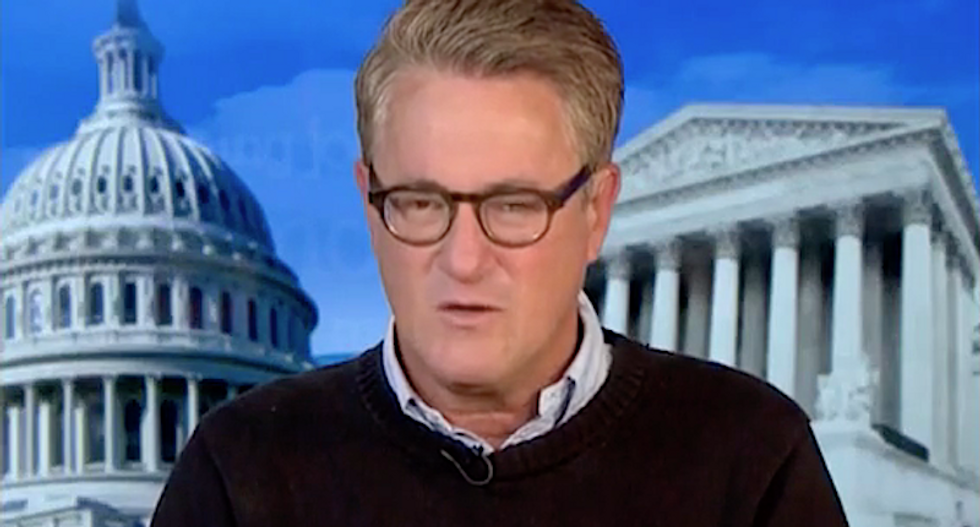 A new poll shows the president continues to trail Joe Biden in the states he needs to win another four years, and the "Morning Joe" host noted that those numbers have barely budged all summer.

"You look at all of these numbers, and again, it shows a steady, solid lead for Joe Biden," Scarborough said. "Here we are, a week past the conventions, a week past Kenosha, and I remember you and me talking in early august, saying, hey, you know, Trump keeps saying, 'I've got three months.' His staff was trying to say, 'Well, no, Mr. President, early voting starts soon enough.' Well, early voting has started, and these numbers are not moving in Trump's direction, except for what we're about to talk about after this, about Hispanics in the state of Florida. But other than that, boy, these polls are pretty solid."

"It's striking, despite the spectacle of the conventions, and obviously, the tumult we've seen on the streets in Kenosha and Portland, things that the Republicans thought would all benefit President Trump, just how stable this race remains," Lemire said.

The new poll shows Biden up by nine points in Pennsylvania, which both Scarborough and Lemire agreed appears to be an outlier, but the Democrat continues to lead in key battleground states.

"Florida certainly is a state where there has been some tightening, yet a demographically similar state, Arizona, has not been the case," Lemire said. "Joe Biden's had a pretty healthy lead there. Same with the Great Lakes states -- Pennsylvania, Wisconsin and Michigan."

The margins still remained narrow enough for Trump to remain competitive in those states, Lemire said, but the board was tilting against the president in these final weeks of the campaign.

"There's also another factor here," Lemire said. "As much as the Trump campaign is pointing to that they're putting ads up in the next few days, there is an issue about money. They have not released their fundraising total in August yet, which is striking. Here we are, Sept. 9, or you know, coming up on Sept. 10 and 11, and they still haven't done it. That's days late, after the Biden campaign put up a record $350 million or more fundraising haul from August. The Trump campaign has remained silent, and they're looking to expand the map, because they are so nervous about states like Arizona and they are trying to figure out a path to 270."

"They realize they've got to figure out some other states to put in play, which is why we're seeing the late investment in Minnesota and now heading into this weekend, Nevada," he added. "That's another state, Nevada, where the Trump campaign feels like they have to play, because otherwise, if they lose Arizona, there's no path to 270."