'This is going to be a blowout': Morning Joe throws devastating new Fox News polls in Trump's face 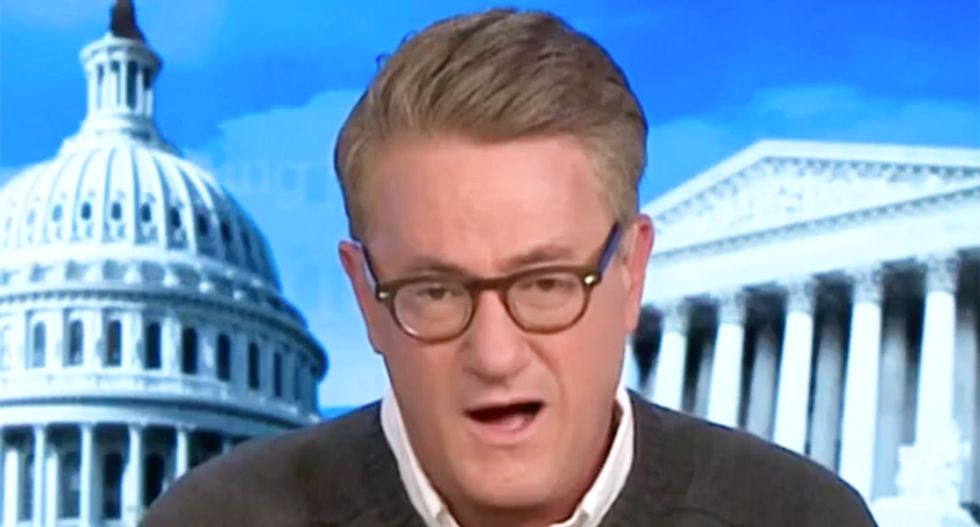 MSNBC's Joe Scarborough kicked off Friday morning by listing off a collection of new polls that shows Donald Trump is headed to defeat in November, adding that the presidential election is looking like it will be a blowout favoring Democratic challenger Joe Biden.

Speaking with "Morning Joe" co-host Willy Geist, Scarborough appeared almost giddy as he read off the latest numbers showing the president still has not turned his floundering campaign around.

"Joe Biden has pulled ahead in Wisconsin in some polls 7, 8 points," Scarborough began. "So the states everybody has been talking about, Wisconsin, Michigan, Pennsylvania, and really Ohio wasn't a part of this. Ohio and Iowa comfortably fell in Donald Trump's campaign, but all five of those states across the upper Midwest have obviously been part of the heartland battle."

"But you look at these polls," he continued. "Let's start in Pennsylvania, Biden up 48 to 42 in one poll -- six points. The Fox News poll: Biden up 7 points there. Then you go to Ohio -- this is a real surprise -- Ohio and Iowa firmly for Donald Trump [in 2016] and there you have Biden up, again statistically tied, 48, 47. And the Fox News poll, Biden up 5, 50 to 45. Obviously, if Ohio is close on election night, this is going to be a blow-out and Joe Biden is going to likely win by a landslide if Ohio is close."

So as you're looking through these numbers and you look for good news for Donald Trump, man if the I were running his campaign I wouldn't know where to go," he continued. "Iowa slipping out of sight, Georgia, Texas still tied. You're not going to pick up Nevada, stop pretending you're going to pick up Nevada. it's not going to happen. Then Ohio. Obviously Pennsylvania looks like Biden is starting to make some space in Pennsylvania. but I think of all the numbers that stand out to me, it's the Fox News poll number in Ohio that has Joe Biden up five points in Ohio. again -- it's almost like the craziness of the past week hasn't helped him."