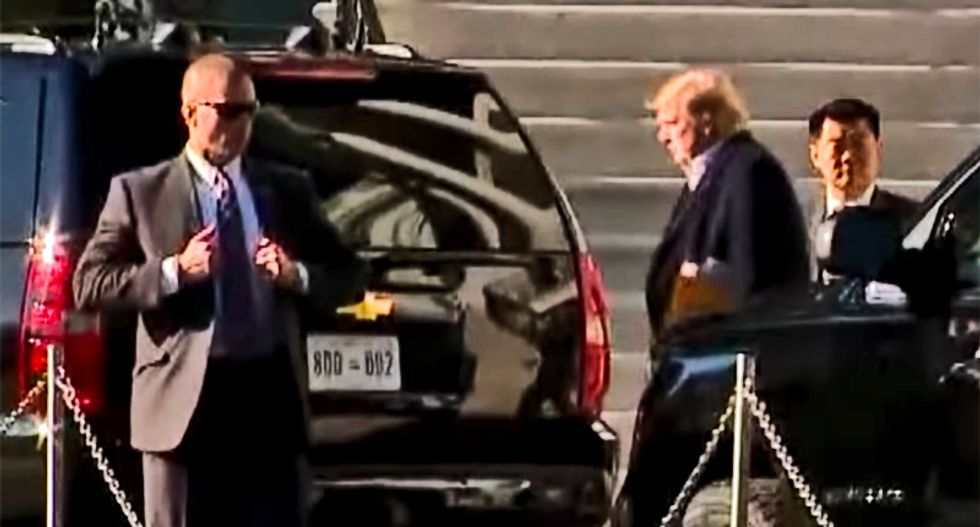 On Tuesday morning, CNN medical expert Dr. Sanjay Gupta singled out actions taken by Donald Trump's doctor on the day the president was mysteriously rushed to Walter Reed hospital, and questioned what actually happened that day.

Reacting to an excerpt from Michael Schmidt's book that "in the hours leading up to Trump's trip to the hospital, word went out in the West Wing for the vice president to be on standby to take over the powers of the presidency temporarily if Trump had to undergo a procedure that would have required him to be anesthetized," Gupta said the latest news about the president's reported unscheduled physical raises a host of new questions.

"I know we're asking you to read tea leaves which is what doctors don't want to do but given the reporting and possibility of anesthesia having to go to Walter Reid, what does this tell you?" host Jim Sciutto asked.

"The story doesn't add up," Dr. Gupta bluntly replied. "Still, even after all these months, the story still doesn't add up in part for the reasons that you've mentioned."

"This was a very unusual visit," he continued. "Dr. [Sean] Conley got in the vehicle with the president -- that doesn't happen. Typically the physician, White House physician, is in a separate part of the convoy of the motorcade because they need to take care of the president if something were to happen and then he'd be able to get to that vehicle. All these things just don't add up."

"What was interesting, exactly to your point, is there are lots of capabilities within the White House, and we looked into this, you know," he elaborated. "We talked to previous White House doctors; most things you can take care of in the White House unless it really comes to some sophisticated imaging. Obviously anything, as John [Harwood] mentioned, that would require anesthesia, that's typically either the brain or the heart -- that's typically what it involves. So we asked Dr. Conley about it that and what he subsequently said is that the president did not have any chest pain nor was he evaluated or treated for any urgent or acute issues and did not undergo any specialized cardiac or neurological evaluations."

"So here we are, you know, and medical information is understandably very protected and so we may never know, but I think it's safe to say several months later it still doesn't add up," he stated.