Tim Scott says Trump 'misspoke' about Proud Boys: 'If he doesn't correct it, I guess he didn't misspeak' 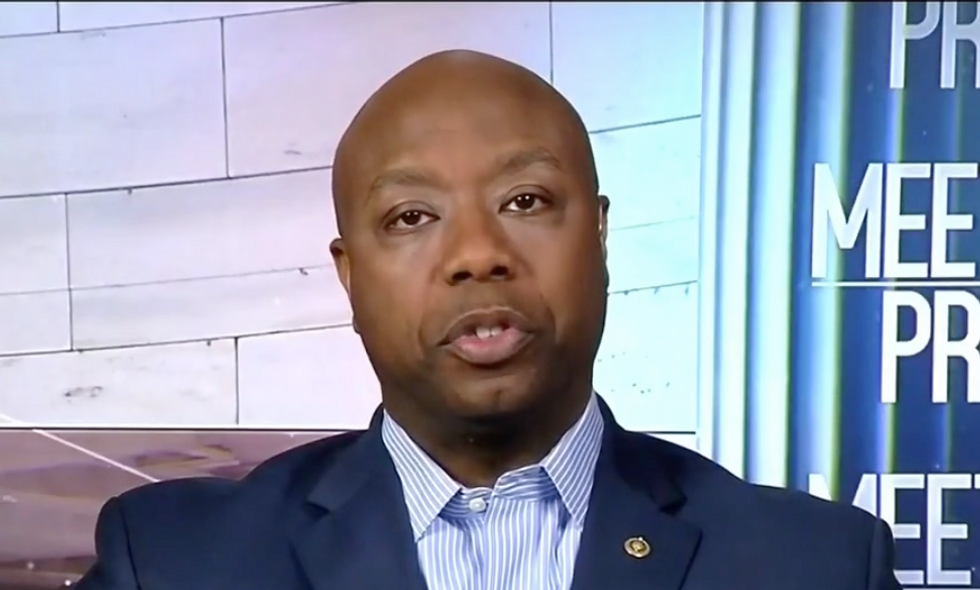 At Tuesday night's presidential debate, Trump was asked to speak out against the neo-fascist Proud Boys group.

"Proud Boys, stand back and stand by!" Trump replied.

On Wednesday, Scott was given a chance to comment on the remark during a meeting with Supreme Court nominee Amy Coney Barrett.

Q Do you find it concerning Trump refused to condemn white supremacists? @SenatorTimScott: “I think he misspoke in… https://t.co/iblaiDCavU
— Ali Zaslav (@Ali Zaslav)1601476667.0