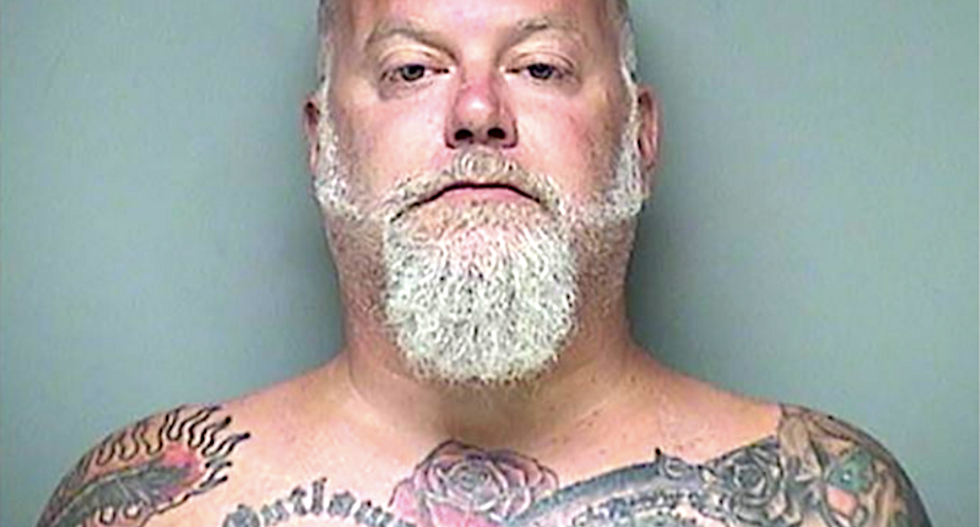 A Wisconsin man was charged with a hate crime after an anti-Semitic meltdown over his neighbor's yard sign.

Gregory Kirst, of Mequon, was charged with disorderly conduct with a hate crime enhancer in connection with the Aug. 30 incident involving his neighbor's sign expressing support for Democrat Joe Biden, reported the Milwaukee Journal Sentinel.

The 49-year-old Kirst, whose mugshot shows an Outlaws biker gang tattoo on his chest, removed the sign from the neighbor's yard and yelled at the woman through her screen door, and then swore at her and repeatedly showed his middle finger after she ordered him off the property.

The woman's husband then confronted Kirst outside, and he called the man a "dirty Jew" and blamed Jewish people for violent clashes in Portland, Oregon.

Kirst eventually returned home, where he created a "Jews for Trump" sign on a white sheet that he displayed on his own front lawn.

He refused to leave his home when police arrived and denied removing the neighbor's sign, but another neighbor convinced him to come outside to be arrested.