Trump makes it official: Controversial Amy Coney Barrett will be his next appointee to the Supreme Court 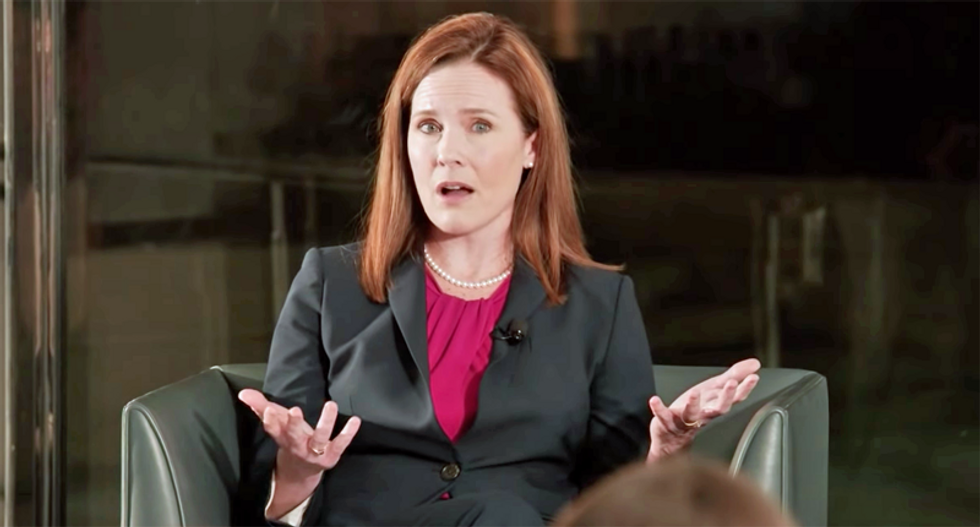 US President Donald Trump revealed his Supreme Court nominee on Saturday, barely five weeks out from the November 3 presidential election, with US media reporting that he has chosen conservative judge Amy Coney Barrett for the job.

If the 48-year-old law professor is confirmed, her appointment would consolidate a conservative majority in the country's top court.

Democratic opponents, led by presidential candidate Joe Biden, have demanded that Republicans back off on replacing Ruth Bader Ginsburg -- a liberal icon -- until after the November 3 election.

Leaders of the Republican majority in the Senate, which is tasked with confirming Supreme Court nominees, said they have enough support to hold a vote on the nomination either before the election or at worst during the "lame duck" session between the election and the inauguration of the next president in January.

"We will certainly do that this year," Republican Senate leader Mitch McConnell said.

If Barrett is confirmed, the Supreme Court would have a 6-3 conservative majority.

Barrett was only appointed to the bench for the first time in 2017. A deeply conservative Catholic, she is considered hostile to abortion rights -- a key issue for many Republicans.

The left-leaning government watchdog group Accountable US was unimpressed with the reported choice. "Barrett has proven time and again that protecting businesses -- not people -- is her top priority," said group president Kyle Herrig.

In 2018, the mother of seven was on the shortlist presented by Trump for a seat vacated by the retirement of justice Anthony Kennedy, a position ultimately filled by Brett Kavanaugh after a ferocious confirmation battle.

For Trump, nominating a conservative judge to the Supreme Court is a way to fire up his base heading into November's election.

But at Friday's whirlwind campaign outings, the US president also looked beyond his core supporters and in Florida -- where the Latino vote is all-important -- said his Democratic challenger Joe Biden has been "very bad to Hispanics."

"I'm a wall between the American dream and chaos," he said.

Later in Georgia he insisted that as president he had exceeded his promises for African Americans.

"I did more for the black community in 47 months... than Joe Biden did in 47 years," he said, repeatedly swiping at Biden's legislative record in co-sponsoring 1990s tough-on-crime legislation that many experts say resulted in high incarceration rates for black Americans.

Biden himself did no in-person campaigning Friday, but traveled from his home in Delaware to Washington for a ceremony in the US Capitol, where Ginsburg lay in state -- the first woman and Jewish person to do so.

Ginsburg's last wish, reportedly relayed to her granddaughter, was for her seat to be decided by whoever wins the next election.

Trump cast doubt upon the veracity of that in an interview Monday, suggesting it could have been a ploy made up Democratic leaders.

Republican leaders have said that if the fate of a disputed election rests with the Supreme Court, they will need a full bench of judges to prevent a deadlock.

Trump refused Wednesday to clearly guarantee a peaceful transfer of power if he loses, stirring outrage among Democrats.

The Democratic leadership has vowed to do everything in their power to prevent the confirmation of a new justice before the election, but with a 53-47 Republican majority in the Senate, there is little they can do to stop it.