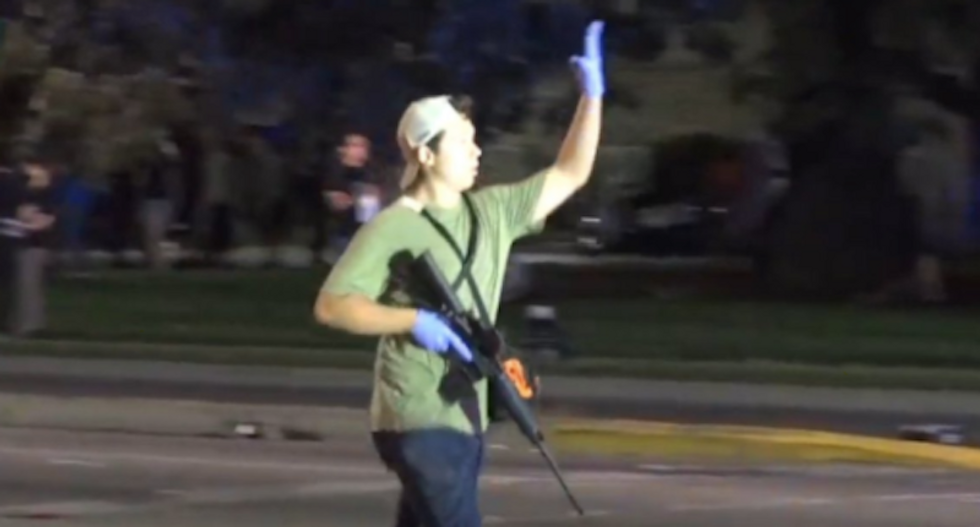 President Donald Trump's mindless loyalty toward his supporters -- who are thus mindlessly devoted to him -- has done real harm to American society, according to a conservative writer.

The right's lionization of Kenosha shooter Kyle Rittenhouse has been stunningly "dangerous and irresponsible," according to The Bulwark's executive editor Jonathan Last, and demonstrates how badly the president has broken political norms.

"He knows that a lot of the people who showed up at Charlottesville and Lansing and Kenosha are his voters, and he’s always going to be loyal to his people," Last wrote. "So he refuses to condemn them. And Trump never actually gave a crap about John Lewis or anything John Lewis stood for, so he skipped Lewis’s funeral."

"Whatever else you want to say about it, this is honesty, of a sort," he added.

Last quoted from several sources showing how the pandemic and resulting economic misery had brought tensions between right and left extremists to a head, and he said Trump's refusal to adhere to political norms made violence practically inevitable.

"It turns out that those boring, rote, hypocritical norms are important," he wrote. "It’s important when George W. Bush comes out and vouches for Islam as a religion of peace. It’s important when Nancy Pelosi and Dianne Feinstein and Bernie Sanders stand shoulder to shoulder with Steve Scalice."

Last has no doubts about those leaders' sincerity, but he said their duty to uphold norms mattered just as much as good faith.

"All of these norms and traditions have (had?) very real functions in society," he wrote. "And as Donald Trump and his enablers break them, we all pay the price."