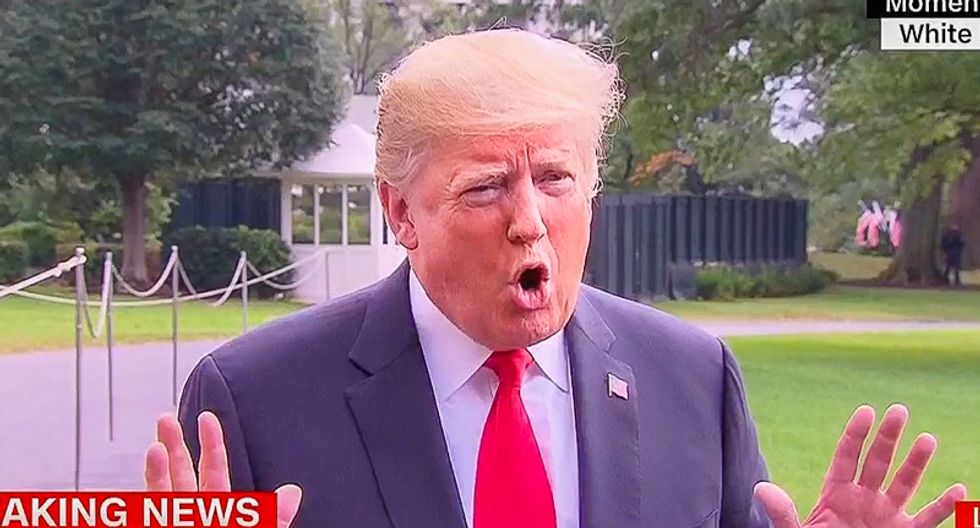 Like a game of MadLibs, President Donald Trump shouted about China when he was asked whether he believed that global warming was real.

As the president left for a campaign event in Pennsylvania, reporters shouted questions, including inquiries about his meeting with officials in California on Monday. Trump got into an exchange with California Secretary for Natural Resources Wade Crowfoot, who suggested one of the problems causing the massive wildfires in the state was global climate change.

“It’ll start getting cooler. You just watch,” said Trump about the weather, which is different from climate.

“I wish science agreed with you,” said Crowfoot.

Trump wouldn't say if he believes the science on climate change or not. Instead, he proclaimed, "Well, I think you have people that don't want to address China."

It harkens back to the early days of Trump's campaign when he blamed China for starting the "hoax" of climate change. 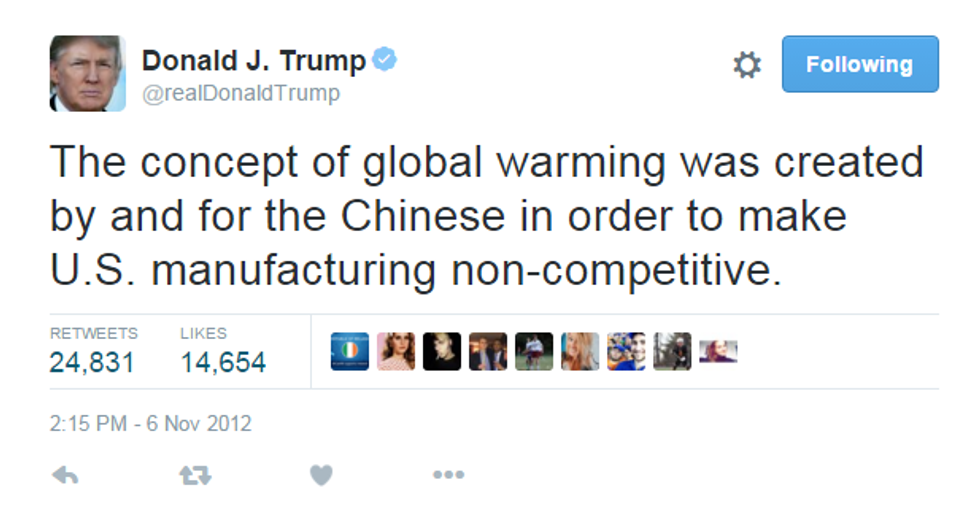 Trump has also blamed forest management for the huge wildfires hurting California this season. While experts believe it is a small factor, they also explain that the temperatures in California reached the hottest every observed in the state over months and droughts in part of the state persist. Lightning storms also moved through the state, igniting dry brush as well. The human factor was also the cause of at least one fire after a "gender reveal photo-op" went horribly wrong.