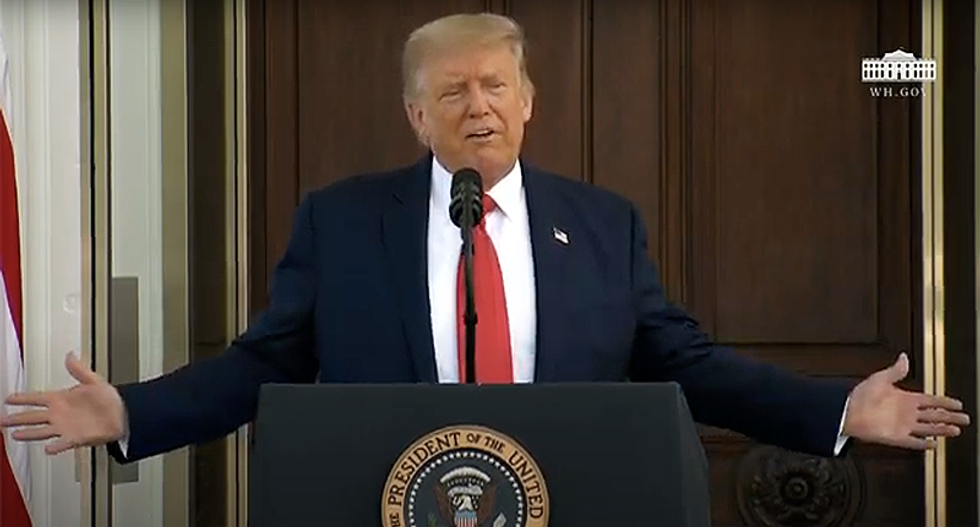 During an extensive press rant on Labor Day, President Donald Trump was asked about the Atlantic story in which he was quoted calling fallen soldiers "suckers" and "losers.

CNN's Dana Bash noted Sunday that Trump has plenty of generals and retired generals who could come to his aide and speak about his treatment of soldiers and Gold Star families. Trump aide Jason Miller claimed Gen. John Kelly doesn't like to speak out about political things, something that flies in the fact of Kelly speaking out on Trump's use of the military to hit back against protesters.

Even conservative David Frum couldn't understand why Kelly wasn't rushing to Trump's defense if he knew the president never said these things.

Trump had the opportunity to address it or call on Kelly to speak out about what he knows. Instead, when a reporter asked why Kelly wasn't defending him, Trump refused to answer and turned to rant about the article instead.

See the dodge in the video below: