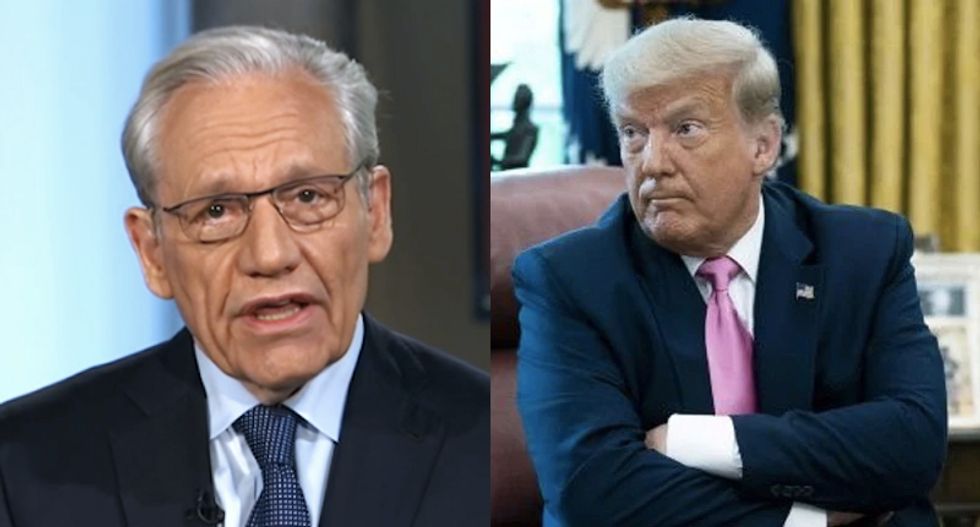 On Wednesday, at the White House press briefing, President Donald Trump brought up Watergate reporter Bob Woodward's book "Rage," featuring controversial interviews he gave from the Oval Office, remarking that he read the entirety of the book "last night" and did it quickly because it was "boring."

The problem, as CNN fact-checker Daniel Dale pointed out, is that Trump also claimed last night that he had read the book the night before. Additionally, Trump was hosting his ABC town hall in Pennsylvania that day, which would have left him with little time to read it then.

Whether or not he has actually read it, Trump has frequently claimed the book is "boring" — despite the fact that it makes a number of explosive allegations, like that he deliberately downplayed the pandemic for months.