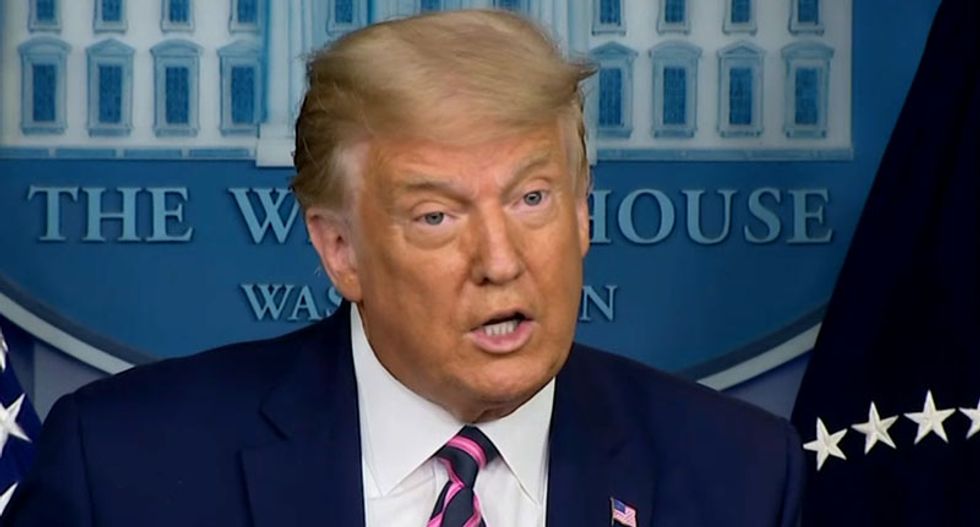 "Trump's White House must not block or water down this guidance and must allow scientists and public health officials, not Trump's political interests, to guide this vaccine approval process."

"I have tremendous trust in these massive companies that are so brilliantly organized in terms of what they've been doing with the tests. I don't know that a government as big as we are could do tests like this," Trump said during a press briefing, minimizing the central role the federal government has played in coordinating and providing much of the funding for vaccine trials.

Asked specifically about the FDA's push for stricter vaccine guidelines, the president declared that any revisions to existing standards "have to be approved by the White House." The FDA declined to comment when a CNN reporter asked about the president's remarks.

"We may or may not approve it," Trump said. "That sounds like a political move, because when you have Pfizer, Johnson & Johnson, Moderna, these great companies coming up with the vaccines and they've done testing and everything else, I'm saying why would they have to be, you know, adding great length to the process?"

Trump's decision to publicly undercut the FDA came amid growing concerns among experts and lawmakers that the president is putting public safety at risk by pushing for the speedy approval of a coronavirus vaccine in an effort to boost his reelection chances.

"Everybody wants a vaccine, but we want to make sure that that vaccine is safe," Sen. Bernie Sanders (I-Vt.) said earlier this month. "We don't want to see that vaccine put on the market for political reasons."

The New York Times reported Tuesday that the new guidance the FDA is expected to propose as early as this week "would lay out more specific criteria for clinical trial data and recommend that the data be vetted by a committee of independent experts before the FDA authorizes any vaccine. The guidelines would be the most detailed description yet by the federal government about how the vaccine vetting process will proceed."

In a statement Wednesday, Eli Zupnick, spokesperson for watchdog group Accountable Pharma, warned Trump against meddling with the FDA's vaccine guidelines, saying the stricter standards would be "an important step in restoring the public trust that Trump has undermined."

"Trump and his political appointees have inappropriately pressured, intimidated, and overruled career public health officials too many times already, but the stakes are far too high for that to happen again with this upcoming FDA guidance," said Zupnick. "Trump's White House must not block or water down this guidance and must allow scientists and public health officials, not Trump's political interests, to guide this vaccine approval process."