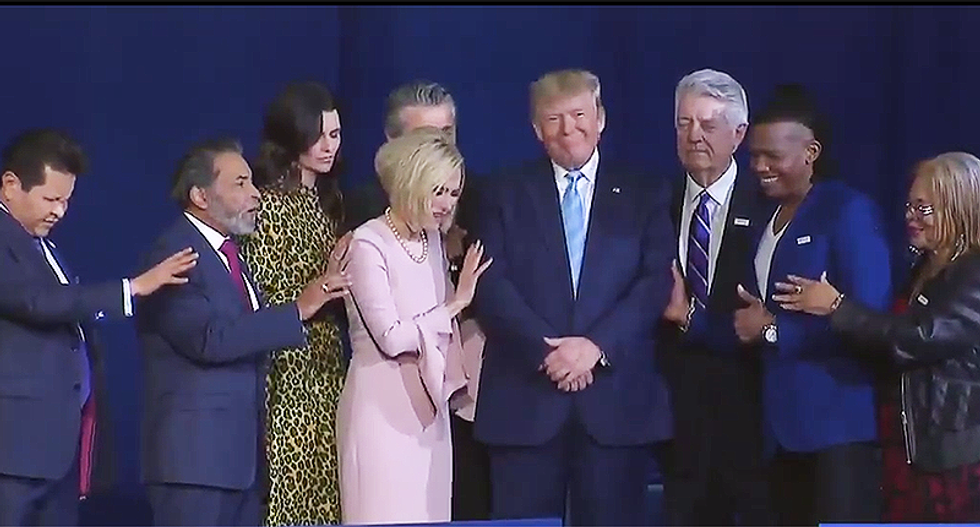 According to a report from Fox News, Donald Trump has scheduled a meeting with evangelical leaders just two hours before he is expected to nominate conservative Judge Amy Coney Barrett to replace liberal icon Ruth Bader Ginsburg on the Supreme Court.

Despite polls showing the public wants the winner of the November presidential election to fill the high court seat, the president with an assist from Senate Majority Leader Mitch McConnell (R-KY), is expected to force the issue and push for a vote on Barrett as soon as possible -- including before the election if possible.

The appointment of the conservative Catholic judge who has expressed a desire to overturn Roe v. Wade is seen by some a naked ploy by the president to help stop his slide in the polls where he is currently trailing Democratic presidential nominee Joe Biden.

The report notes, "Barrett’s religious faith is expected to be at the core of what could be a grueling confirmation battle in the Senate. Barrett is Catholic, not an evangelical, but is a favorite of religious conservatives -- who form an important bloc in Trump’s re-election campaign. Should Barrett, 48, get confirmed, it would mark a seismic shift in the high court, replacing the court’s staunchest liberal with a conservative."