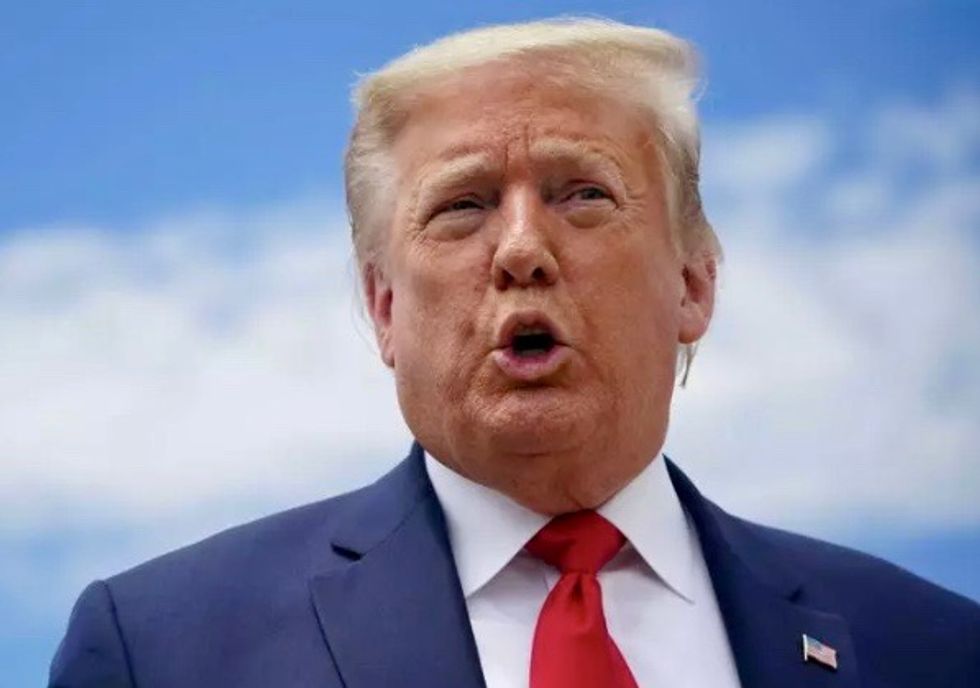 Donald Trump on Saturday touted a "fantastic" deal that could see Oracle and Walmart become the US tech partners for TikTok, which the president is seeking to ban over security concerns.

"I think it's going to be a fantastic deal," Trump said. "I have given the deal my blessing. If they get it done that's great, if they don't that's okay too."

The United States on Friday ordered a ban on downloads of the wildly popular Chinese-owned video app, escalating a fight with Beijing over technology.

TikTok users could keep accessing the service through November 12, a timeframe that potentially allows for a tie-up between TikTok -- owned by China's ByteDance -- and a US company to safeguard data for the app to allay Washington's security concerns.

With Trump facing a tough reelection campaign, US officials have described the measures as essential to safeguard against potential Chinese espionage through the platforms.

But in response China's Commerce Ministry on Saturday condemned what it called US "bullying," saying it violated international trade norms and that there was no evidence of any security threat, shortly before launching a mechanism that would allow it to sanction foreign companies.

Trump critics have said that while TikTok's security risks were unclear, the sweeping ban raises concerns about the government's ability to regulate free expression.

The ban ramps up the battle with Beijing over technology, which some analysts say is based more on competitive than security concerns.