Trump would 'personally kill Ruth Bader Ginsburg' and 'feed Melania to dogs' to save his presidency: Rick Wilson 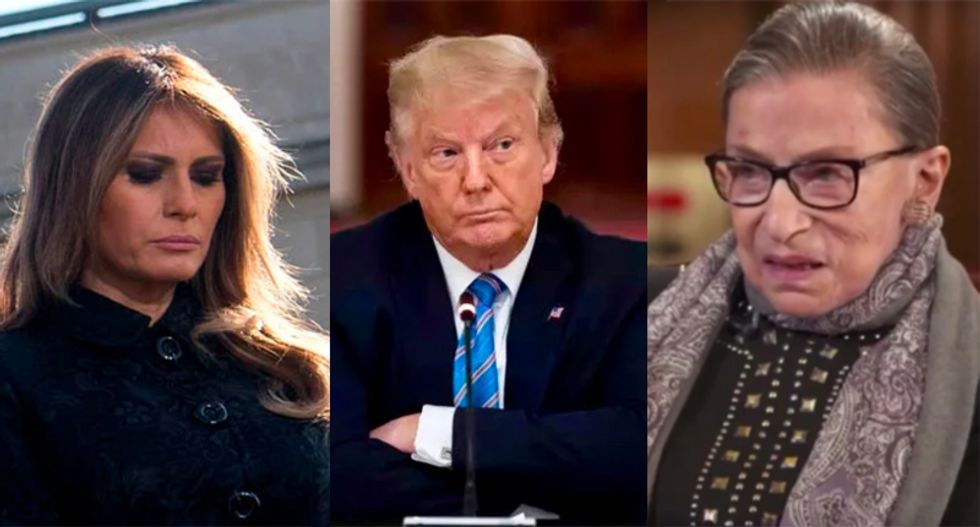 On his New Abnormal podcast for the Daily Beast, Republican campaign strategist and ardent Donald Trump foe Rick Wilson said that if the desperate president was told he had to "personally kill" Supreme Court Justice Ruth Bader Ginsburg and feed his third wife Melania "to the dogs" to stay in the White House, he would do it in a heartbeat.

Speaking with co-host Molly Jong-Fast, the colorful Wilson speculated that Attorney General Bill Barr will be doing all he can to make sure Trump wins in November and that there is no extreme the president wouldn't go to to make sure he stays in office where he can avoid criminal charges.

"I'm most worried about Trump-world on a contested Election Day," Wilson stated. "If Joe Biden wins the Electoral College by fewer than 40 votes of Donald Trump declaring 'the election has been stolen from me'. "

"I also have an honest and well-placed concern that Bill Barr is going to send out the little green men and Trump will mobilize the National Guard in the states and try and seize ballot boxes," he continued. "They are already engaged in a widespread legal effort to stop early voting, to stop mail voting in a number of states."

You can listen here. Comments about voting begin at about the 11:53 mark: