Trump’s DHS warns Portland mayor: Crack down on protests or feds will have ‘no choice’ but to intervene 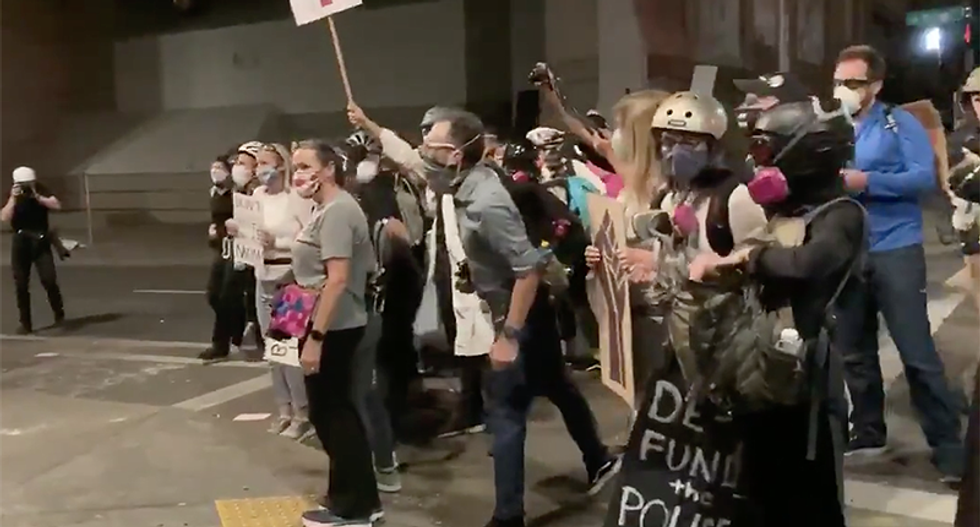 “I urge you to prioritize public safety and to request federal assistance to restore law and order in Portland,” Wolf wrote in the Aug. 31 letter. “We are standing by to support Portland. At the same time, President Trump has made it abundantly clear that there will come a point when state and local officials fail to protect its citizens from violence, the federal government will have no choice but to protect our American citizens.”

The letter comes after a pro-Trump counterprotester was shot and killed Saturday night after right-wing groups drove trucks into downtown Portland and fired paint balls and chemical irritants at demonstrators protesting police brutality.

According to DHS, local law enforcement has made 255 arrests and declared 23 riots and unlawful assemblies in the city since July 31, after camouflaged federal agents who had been dispatched against the wishes of local officials.

“Despite this,” Wolf told Wheeler, “you have stood by passively, arguing that the nightly violence 'will ultimately burn itself out.' The evidence demonstrates otherwise.”

Wolf's letter appears to be a direct response to the mayor's Aug. 28 letter to the president rejecting federal assistance and accusing Trump of stoking division.

“Portlanders are onto you,” Wheeler wrote. “We have already seen your reckless disregard for human life in your bumbling response to the COVID pandemic. And we know you’ve reached the conclusion that images of violence or vandalism are your only ticket to reelection.”