Trump’s living in a ‘Fox News bubble’ — and that may cost him the election: MSNBC's Morning Joe 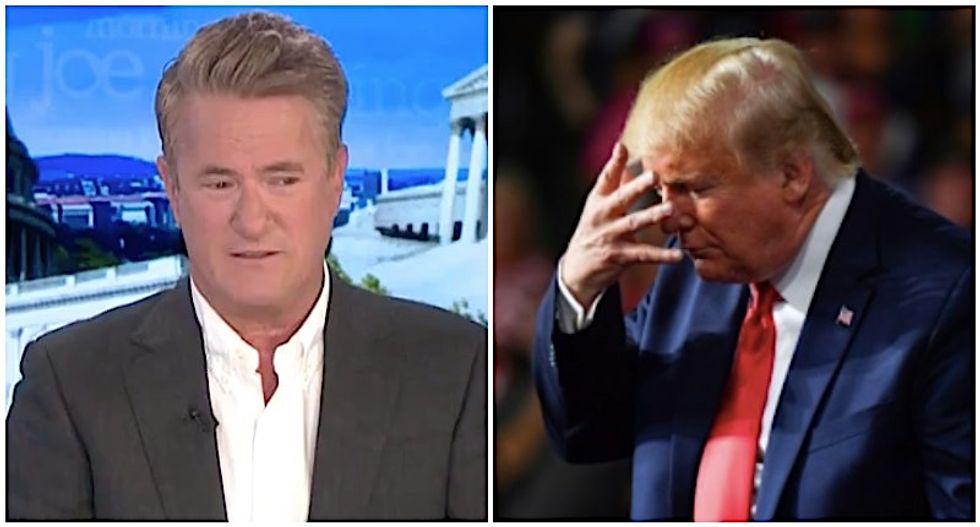 MSNBC's Joe Scarborough ridiculed President Donald Trump for sequestering himself inside the "Fox News bubble," where he hears ludicrous conspiracy theories and hears everyone loves the job he's doing.

The president spouts off conspiracies about Antifa activists taking over commercial flights and pouring into cities to riot, and seems to disregard the consensus polling that shows him trailing Joe Biden, and the "Morning Joe" host said that self-delusion could cost Trump his re-election.

"It's also a bubble that Mitt Romney and people who supported him in 2012 stayed comfortably inside of, believing Gallup polls that had them up 11 points, believing every report on Fox News," Scarborough said. "I remember even Election Night -- I'm sure you do, too, in 2012 -- you still had people on Fox News insisting that Mitt Romney was going to win and that things were looking better in Ohio, and the Romneys were in shock that night, as were many people, because they were inside that bubble."

"Well, that bubble has only become smaller and intensified even more," he added, "and actually, gotten far more outlandish, especially if you look at the crazed conspiracy theories that the president is now spitting out that he finds on Facebook from QAnon members."