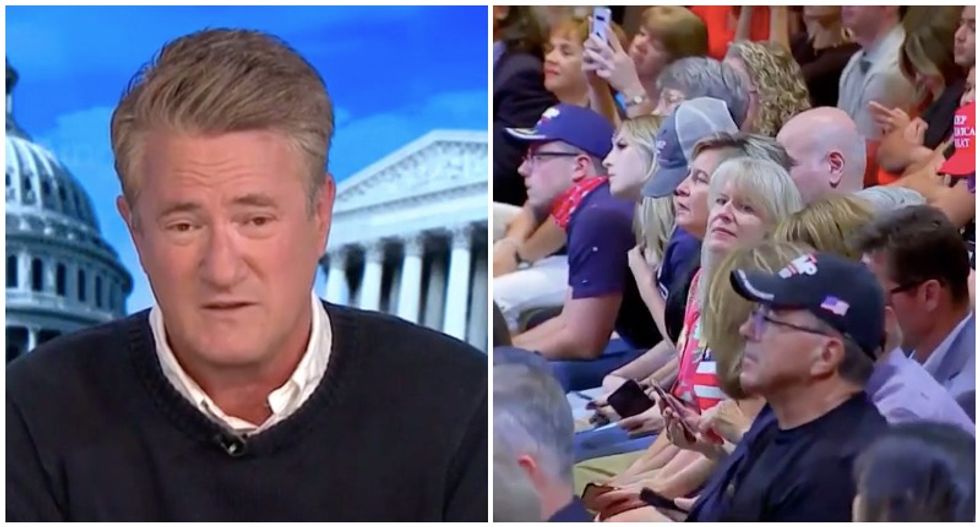 MSNBC's Joe Scarborough said President Donald Trump's indoor rally in Nevada should make clear to his followers that he doesn't care about them or their health.

The campaign did not require masks inside the rally, except for attendees nearest to the president, and Trump later explained that he wasn't worried about catching the coronavirus because attendees were too far away from him.

"So Donald Trump is mocking people wearing masks he has rallies, where he has people coming in and everybody is showing their unity with the president by not wearing masks which, of course, is very dangerous," Scarborough said. "The president has called this the plague, he called it the plague back in April, back when he was trying to reopen the country. Said it's airborne, which makes it dangerous, you can get it airborne just being next to somebody, and if you're the wrong person, you're finished. This is really bad, it's deadly."

The president admitted in a recorded interview with journalist Bob Woodward that he purposefully downplayed the virus, although he made clear he understood how contagious and deadly it could be.

"The president, though, if people are in his proximity, they have to wear masks," Scarborough said. "I think that's pretty revealing, but if you are in a personality cult, you may not be able to sort through all of that here, let me help you. The president is concerned about himself and not you."