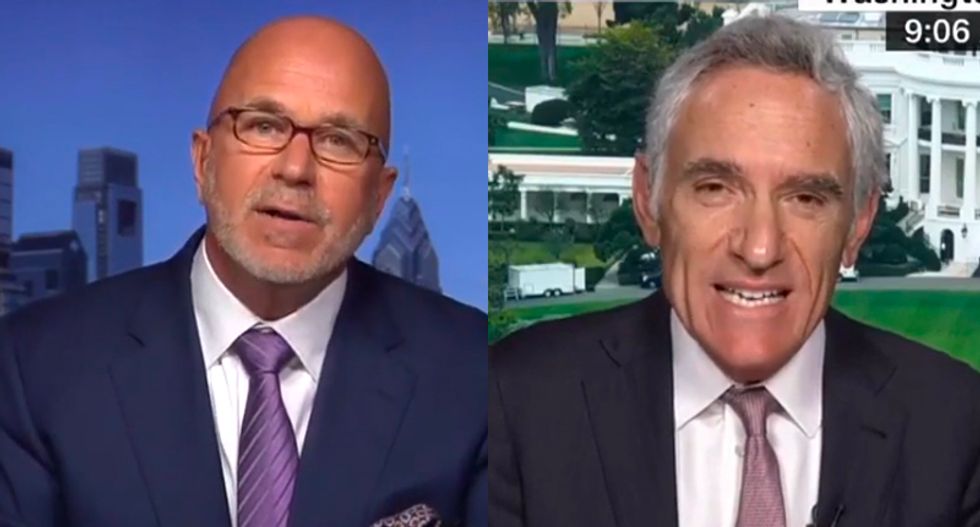 On CNN Saturday, Michael Smerconish grilled Trump's new COVID-19 strategist, Dr. Scott Atlas, on whether he believes it's appropriate to fight the pandemic by letting more people get sick.

"I want to make sure I'm giving you opportunity to respond to several of the things that have been written about you recently," said Smerconish. "For example, The Washington Post — and you and I talked about this on my radio show this week — they say they've got five people at a senior level, on the record, claiming that you have been arguing for herd immunity within the White House. You told me that's a lie."

"But you know, Dr. Atlas, where this comes from," said Smerconish. "In April, I think it was, you wrote a piece for The Hill. Presumably, that's how you ended up on the president's radar screen. The piece, when I last looked, had been shared more than a million times. And in it — you correct me if I'm wrong — but you seem to embrace the concept of herd immunity."

"Okay, what I've done is explain that herd immunity, or population immunity, exists when enough people in a population, you know, get an infection, have their own established immunity, and break the chains of connectivity, of contagiousness, particularly the vulnerable," said Atlas. "That's a known fact."

"All right," said Smerconish. "I'm a layperson. I'm not a physician, I don't even play one on television. But now it sounds like you are making a case for herd immunity. We don't have a vaccine, so we haven't gotten immunity that way. You refer to it as population immunity. I'll ask it that way, have you expressed to the president what you've just explained here?"

"I am not advocating a population immunity strategy at all," said Atlas. "What I am advocating — and let me be very clear about this — is having the social, the distancing social mitigation factors that the CDC has outlined."

"The modeling that I began the segment with, do you accept it?" said Smerconish.

"No," said Atlas. "The IHME model and all these other models have been so wrong, so many times. Just think about the common sense here. Why do we have to keep changing a model every three to five days, every week?"

"In this case, Dr. Atlas ... they seem to have been prescient. If anything, they've been conservative," said Smerconish. "I don't know if you can see the screen right now, but I'm going through what they said in March, in May, in June, in July. I get your point, why do they need to continue to change the model, but when they've changed it, they seem to be spot on."